Ten Arrests After Drugs Worth €2.2m Seized In Limerick And Meath

Ten people have been arrested after Gardaí seized drugs worth more than €2.2m in counties Limerick and Meath yesterday.

In Meath, a vehicle and a premises were searched as part of ongoing investigations targeting people suspected to be involved in organised crime.

Around 67.5kg of cannabis herb with a value of €1.35m was discovered and seized.

The operation was carried out yesterday by personnel attached to the Garda National Drugs and Organised Crime Bureau.

Two men, both aged in their 30s, were arrested as part of the investigation.

They are currently detained at Finglas and Ashbourne Garda Stations under Section 2 of the Criminal Justice (Drug Trafficking) Act 1996. 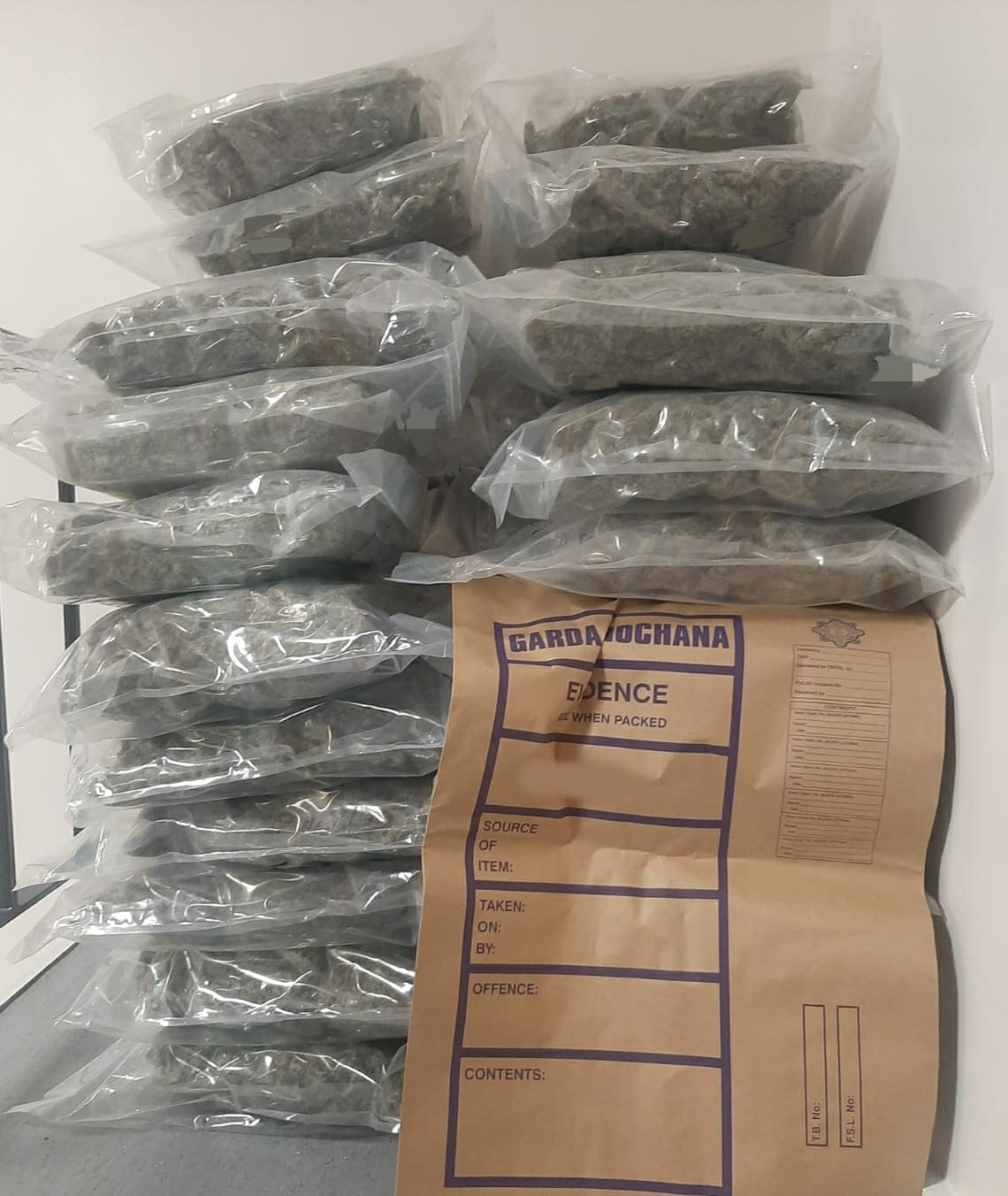 In a separate operation yesterday, drugs worth €900,000 were seized by Gardaí in Co Limerick.

The cannabis herb was found along with €45,000 in cash during the search of a number of premises across Limerick City.

This operation was carried out as part of ongoing investigations into drug distribution networks in the mid-west.

They are being held at various Garda Stations in Limerick City.

Gardaí say their investigations are ongoing.

Main image: Cannabis herb worth €1.35m was seized in Meath on Friday. Photo: An Garda Síochána

Gardaí Seize €72,000 Worth Of Cannabis In Santry

Man Arrested In Connection With Cash And Drugs Seizure In Tallaght