The National Will Headline All Together Now Next Summer

The National have been confirmed as the first headline act to play All Together Now next summer.

Ireland's newest music festival opened last year to huge praise, from its setting to its music and comedy line-up, to its food and drink offering.

All Together Now will return to Curraghmore House in Waterford from August 2-4, with The National headlining the second chapter. 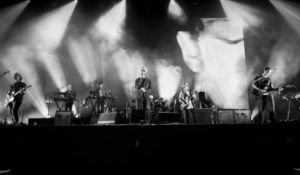 All Together Now will be set across 16 stages, including natural amphitheatres,  the iconic Spiegeltent and secret woodland stages.

The 3000 acre setting is just 90 minutes from Dublin, and organisers have promised improved transport links for next summer along with other improvements to the festival.

Tickets are on sale now, and there is an instalment plan available, but those interested are being warned that ticket prices will rise after December 31st because of the VAT increase announced in the Budget.