There are 2,966 new confirmed COVID cases in Ireland today, the Department of Health has confirmed.

470 people in hospital have been diagnosed with the disease, of whom 92 are being treated in ICU. 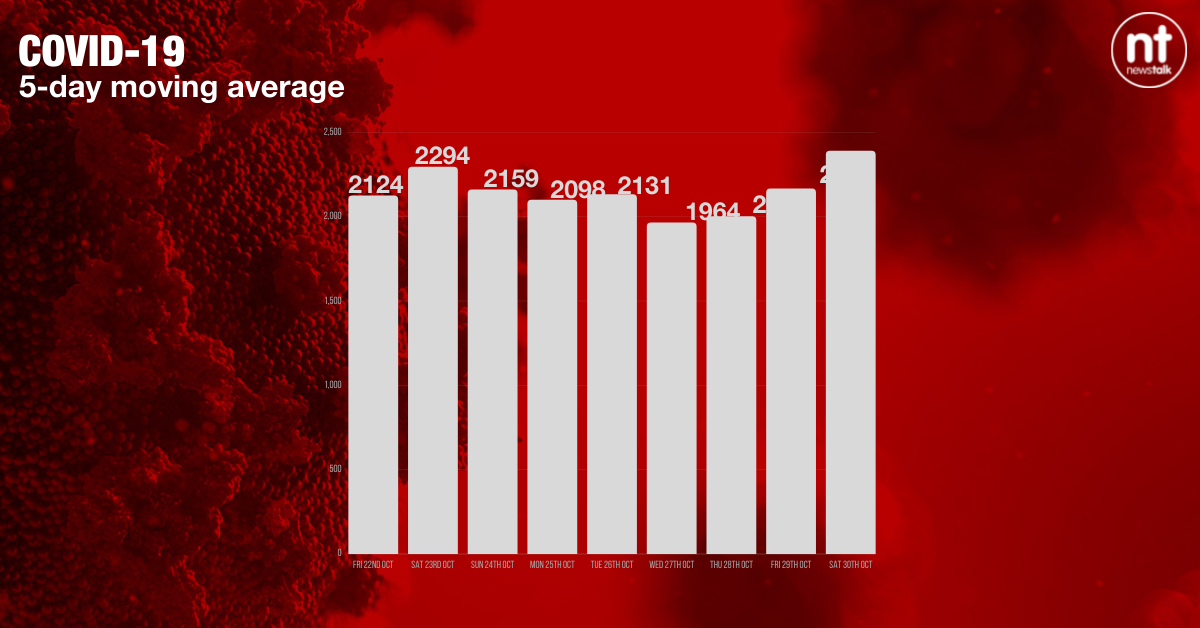 Speaking to Newstalk, UCD School of Medicine and Health Science Professor Jack Lambert said that the recent rise in COVID cases is mostly due to adults over the age of 45 becoming infected:

“They’re announcing now that there’s increasing numbers of COVID in children but actually the biggest increase in COVID numbers are in adults over 45.”

“We announced that we’ve vaccinated 7 million in the country but that’s not the only answer. The only answer is not just to have 90% of people with two vaccines.”

Tánaiste Leo Varadkar has said that another way to deal with the rise in cases would be to reintroduce the testing of close contacts of children.

Contact tracing of school children ended in late September after thousands of pupils who had been designated close contacts ended up missing school - even though they did not have any symptoms.

However, speaking on Friday, the Tánaiste said it was time to reconsider the issue:

“So, one of the matters that NPHET is now reviewing at the moment is whether we should now resume testing of primary school children,” he said.

“At the moment that doesn’t apply to primary school children, but it might make sense to do that and that is something NPHET is reviewing at the moment.”