Could seven-time All-Ireland winner Stephen Cluxton have lined out for Dublin for the last time?

The 37-year-old Parnells man walked the Croke Park pitch as the celebrations kicked in on Saturday evening, and it has led many to speculate about his future in the team.

The six-point win over Kerry in the All-Ireland final replay was the sixth time Cluxton has ascended the Hogan Stand steps as captain.

His manager Jim Gavin was full of praise for his number one after the game.

"...What you see in those clutch moments, to have that composure to make himself big and strong and do his job. That's what Stephen does - he does his job.

"Through that example, he inspires people around him. Stephen is well able to talk - he's very articulate and people listen. But how he demonstrates is through actions, he's a doer."

Should five-time All Star Cluxton decide now is the time to depart the stage, Evan Comerford lies in wait as his immediate replacement as Jim Gavin's side go in search of a sixth Sam Maguire victory in succession in 2020. 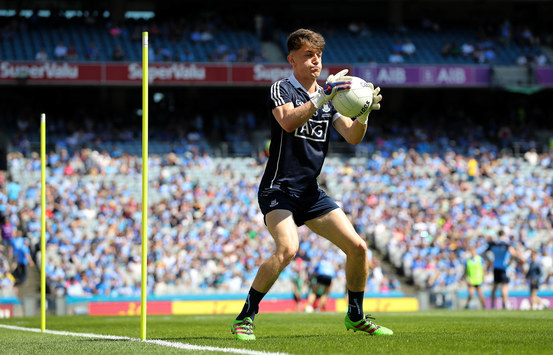 21-year-old Comerford lines out with Ballymun Kickhams at club level, and has had some experience playing at inter-county level.

He has studied Athletic Therapy and Training at DCU, and saved a penalty from Mayo's Jason Doherty in an excellent display during the league earlier this year.

Comerford ably deputised after Cluxton was taken off injured in the Leinster semi-final in 2018 against Longford. A rib injury meant the veteran also missed out on the provincial final.

That 2011 All-Ireland-winning free-kick will forever be an iconic moment in the annals of the organisation, and not just in Dublin's GAA history.

Secondary school biology teacher Cluxton made his debut at this level back in 2001, and it's safe to say he has changed the face of goalkeeping forever.

His manager Gavin was full of praise for the work put in by his net-minders, in tandem with goalkeeping coach Josh Moran.

"I've seen him do it before, I saw it earlier on this week. I saw him, Evan Comerford and Michael Shields from St Sylvester's spending two hours on the field with the goalkeeping coach."

Moran has also worked with the Republic of Ireland, including as goalkeeping coach with the under-17s national side.