Solskjaer admits Cavani has "played fewer games than he wanted to"

Ole Gunnar Solskjaer has admitted that striker Edinson Cavani has "played fewer games than he wanted to" but his future remains undecided.

The Manchester United manager refused to respond directly to comments made this week by Cavani's father who revealed that the Uruguyan striker is not happy playing in England and that he is hoping to get a move to Boca Juniors in Argentina.

The former Paris Saint-Germain centre forward signed a one-year contract at Old Trafford last summer, with the option of an extra year.

Cavani missed the Manchester derby on Sunday with a muscular injury that saw him miss four games prior the scoreless draw with Crystal Palace last week and the United boss insisted that the striker is battling to get back playing.

"Well Edinson is fully focused on being available for us and working really hard to get fit," said Solskjaer.

"From my bad Portuguese and his better English he is very proud to play for Man United. He's always going to give his best, if it's beyond this season as well.

"A decision hasn't been made.  He's made a great contribution so far. We're just working on getting him back on the pitch and fit and we'll convince him when the weather in Manchester improves." 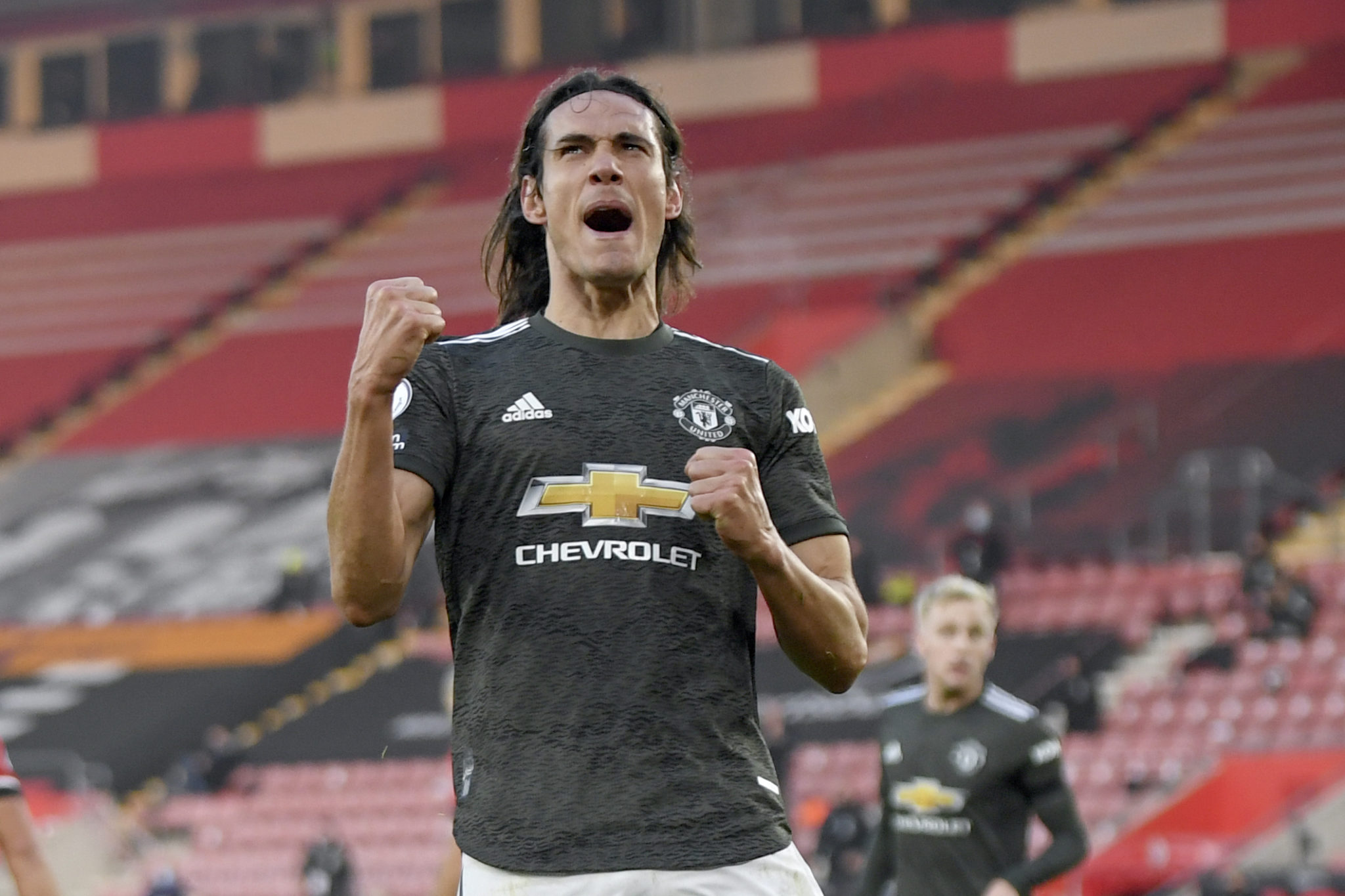 Cavani has started just nine times in his 18 Premier League appearances, scoring 6 goals as well as 1 strike in his 7 appearances in cup competitions.

When Solskjaer was asked directly about Cavani's father's comments, Solskjaer was effusive in his praise for the player but admitted that he perhaps has not played as much as he would like.

"I can’t comment on what has been said. I can only say that we are very pleased with Edinson when he is here. He's working really hard to be available every day. Day in and day out," replied Solskjaer.

"He is proving his personality, his professionalism. Even with his broken English, he is really helping the young kids - as we wanted him to.

"We knew he wasn't going to be able to play every single game, of course, because he'd been out of football for so long.

"Now let's just make sure he plays as much football as possible until the end of the season, scores as many goals as he can and helps  the young players, the strikers, the forwards. Even the rest of the group with his mentality.

"He will make his decision. He knows we are very fond of what he has given to the club even if he has played fewer games than he wanted to."