Shamrock Rovers appeal to supporters to stay away for trophy handover

Shamrock Rovers have made an appeal to their supporters to stay away from Tallaght Stadium for tomorrow night's Premier Division trophy presentation.

The Hoops host St Patrick’s Athletic behind closed doors at the Dublin 24 venue in their final home game of the 2020 top-flight campaign.

After the game, the silverware will be handed over to the Rovers players and coaching staff for the first time since 2011 but the club is asking supporters to observe health and safety advice in relation to the government's Level 5 lockdown restrictions and to keep away from the stadium.

"Shamrock Rovers issues an appeal to all supporters not to congregate around Tallaght Stadium on Wednesday evening," reads the official statement from the club.

"Following discussions with An Garda Síochána, the club asks that all supporters observe health and safety advice as we remain in level 5 lockdown and refrain from gathering around the stadium at the league trophy presentation on Wednesday. 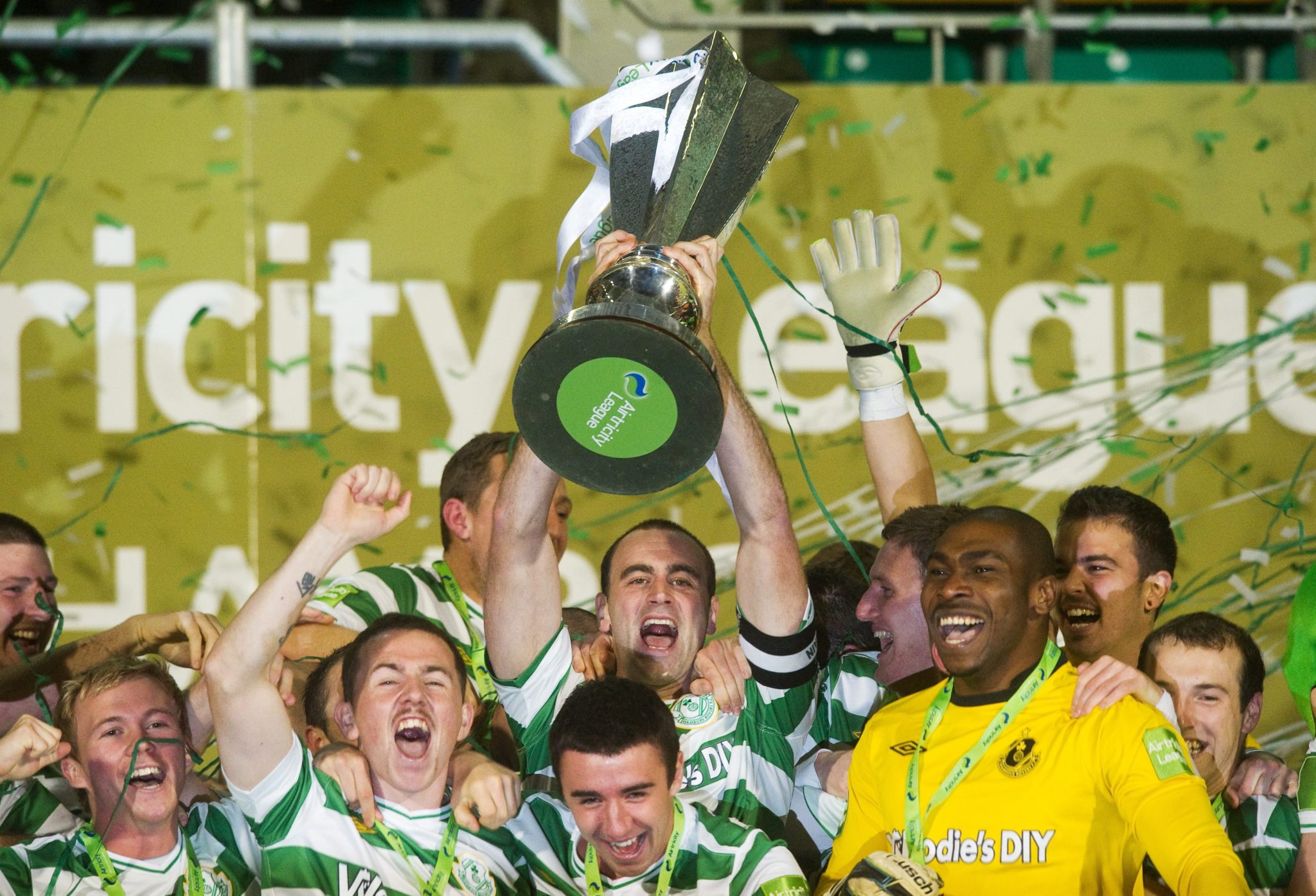 "The club understands what this means to fans, everybody would wish that fans can attend games and celebrate winning but it is just not possible at this time.

"In addition, the season will not end on Wednesday, we have more league and cup games to go and the squad will remain focussed on the targets ahead. We will party when it is safe to do so."

Stephen Bradley's team are due to face relegation-threatened Shelbourne at Tolka Park this Sunday evening before making the trip to Ballybofey to face Finn Harps in the quarter-finals of the The Extra.ie FAI Cup on the following Saturday.

Brush returns to Sligo Rovers after departure from Cliftonville