James Lowe has made his return to training with Leinster.

The winger has been out with a groin injury sustained following November's Autumn Nations Cup defeat to England at Twickenham.

However, the pool phase of both European competitions look set to be suspended due to COVID-19 fears.

Lowe's return to fitness is also a boost for Ireland head coach Andy Farrell, with the Six Nations due to get underway in just under four weeks' time. 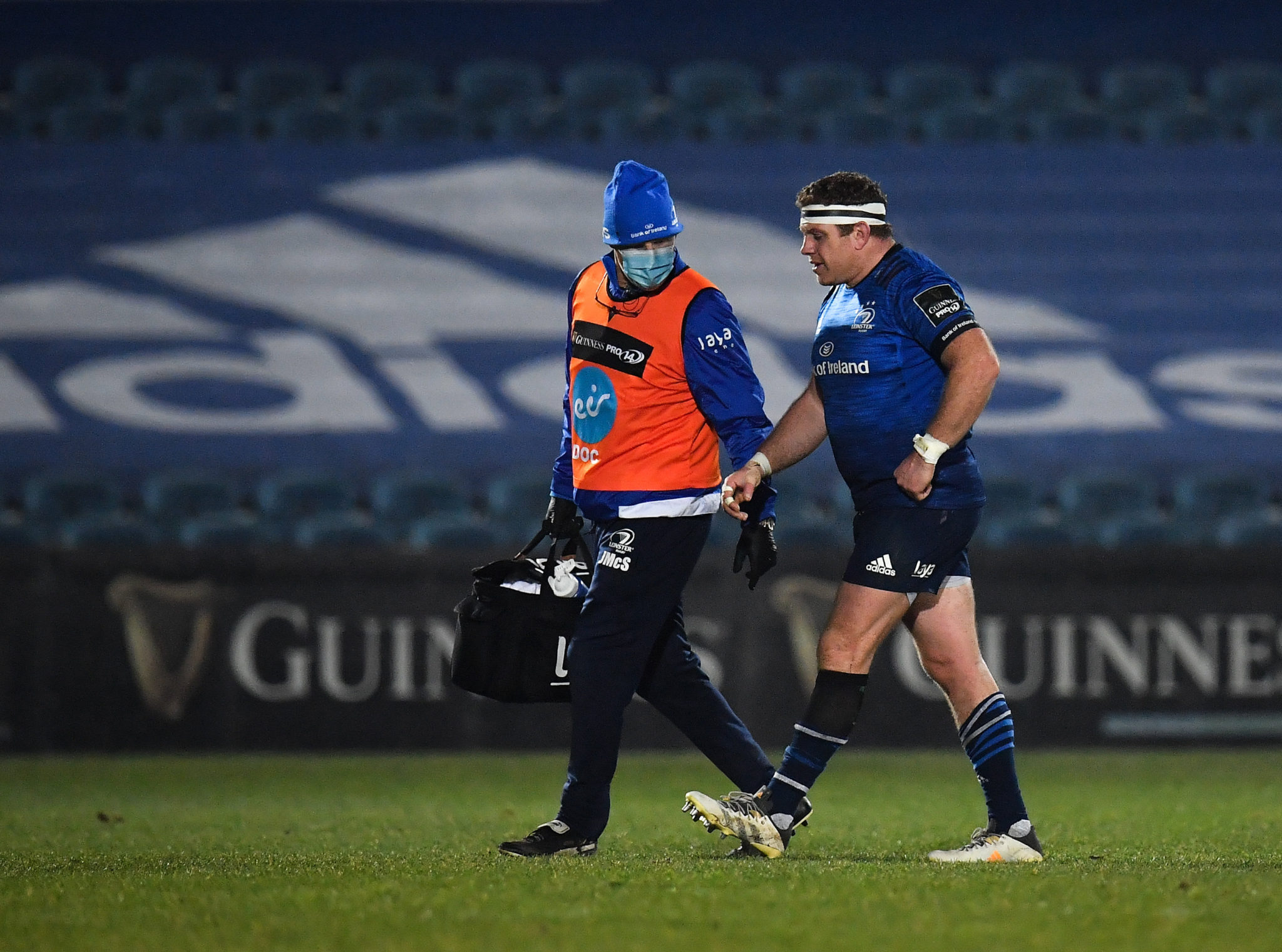 8 January 2021; Seán Cronin of Leinster leaves the field with team doctor Prof. Jim McShane during the Guinness PRO14 match between Leinster and Ulster at the RDS Arena in Dublin. Photo by Seb Daly/Sportsfile

Ciaran Frawley is also back on the training pitch for Leinster following a hamstring problem.

But Sean Cronin will be monitored as the week progresses.

The hooker scored Leinster's second try in Friday night's 24-12 victory at home to Ulster in the Guinness PRO14.

However, the 34-year old sustained a knee injury during the game that requires assessment.

Scott Penny has come through the graduated return-to-play protocols having taken a knock to the head in the recent defeat to Connacht. He now requires further assessment to neck injury.

Eir Sport to cease transmission by the end of the year