Leinster scrum-half Luke McGrath will captain the team on the night that he makes his 150th appearance for the province.

McGrath will team up once again in the half-back line with Ross Byrne for Friday night's Rainbow Cup match away to Glasgow (k/o 8.15 pm, live on eir Sport).

There are three personnel changes to the backline with Dave Kearney, Jordan Larmour, and Robbie Henshaw replaced by Hugo Keenan, Tommy O'Brien, and Rory O'Loughlin.

Jimmy O'Brien switches to the wing to accommodate Keenan's return at full-back. 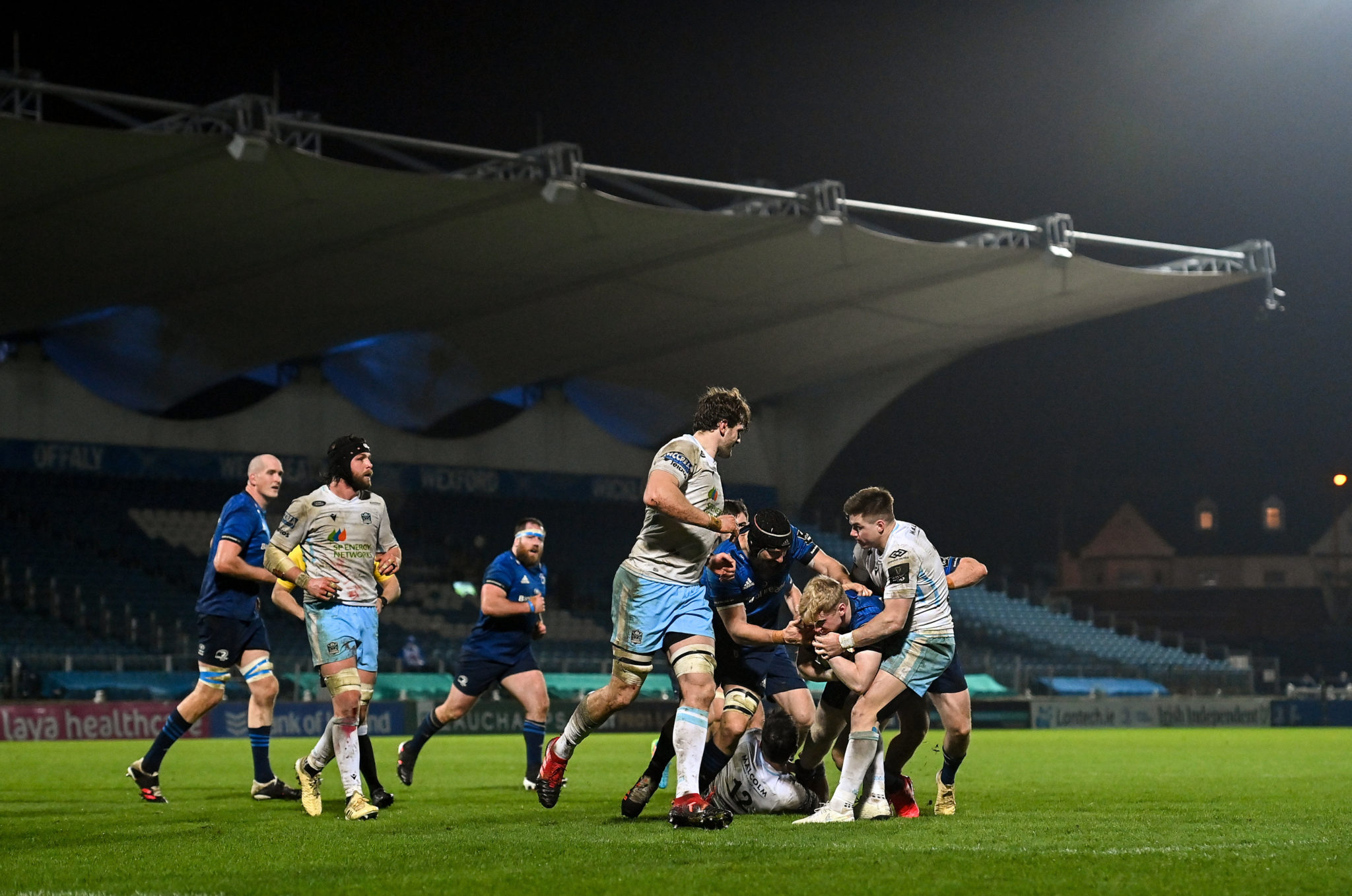 28 February 2021; Jamie Osborne of Leinster is tackled by Huw Jones of Glasgow Warriors during the Guinness PRO14 match between Leinster and Glasgow Warriors at the RDS Arena in Dublin. Photo by Ramsey Cardy/Sportsfile

Ross Molony gets the nod ahead of Ryan Baird in the second row alongside James Ryan who keeps his place.

The back row of Josh Murphy, Josh van der Flier, and Caelan Doris remains the same to complete the starting XV for the trip to Scotstoun Stadium.

Ahead of kick-off, Leinster sit in seventh place after three matches with nine points, six behind third-place Glasgow who have played four matches.

Friday night's other Rainbow Cup match sees Connacht, who are level on points with Leinster, hosting the Ospreys at The Sportsground.