Philomena Lynott has died at the age of 88.

The mother of Phil Lynott, who had cancer, passed away overnight at her home in Sutton.

She gave birth to Philip in England at the age of 18.

Philip came to Dublin while still a young boy, and went on to become one of Ireland's most famous songwriters and musicians in a series of bands including 'Thin Lizzy' and as a solo artist.

He died in England as a result of drug addiction in 1986, and is buried in St Fintan's Cemetery in Dublin.

Philomena had a statue of Philip erected in the city centre, just off Grafton Street. 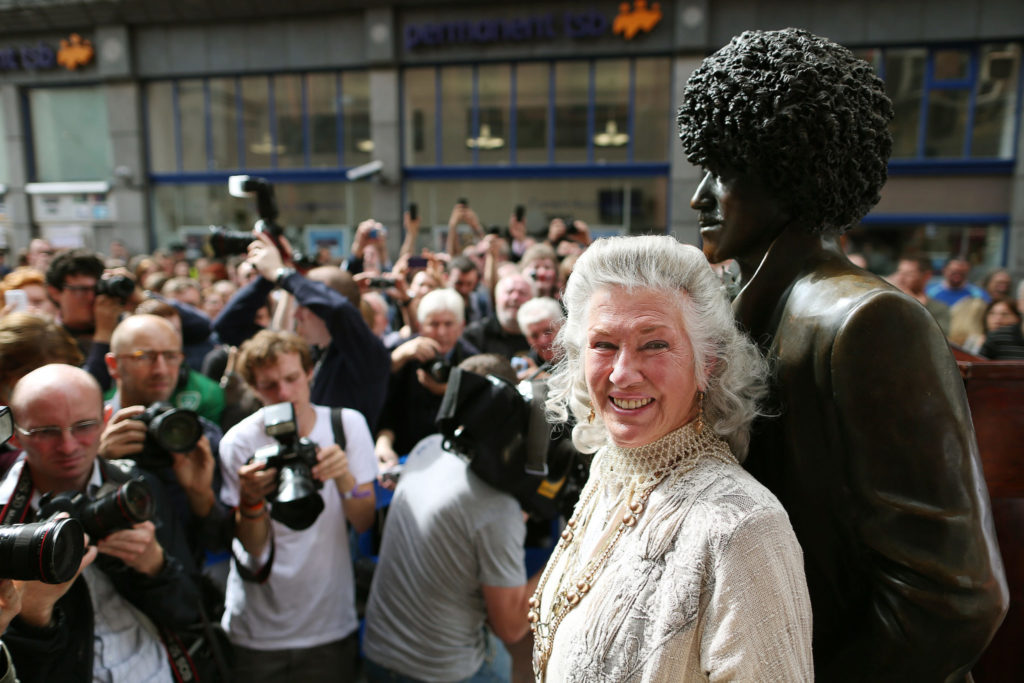 Philomena Lynott, mother of Irish musician Phil Lynott, at the unveiling of a repaired statue of the former Thin Lizzy frontman on Harry Street off Grafton Street in Dublin in 2013 | Image: Julien Behal/PA Archive/PA Images

"A lovely woman, a very glamorous woman - but she was always very rock 'n roll.

"And you have to rmember that Philomena was 18 when she gave birth to Philip - so they had a realtionship that was almost like friends.

"She ran a hotel in Manchester that Thin Lizzy would come to when they were on tour and they'd hang out there.

"Philip adored her - he brought her out on tour with the band a lot."