Love Island winner Amber Gill has revealed she is coming to Ireland to visit Greg O'Shea.

The couple won the 2019 series last month after taking nearly half the votes in the final.

During a Q&A on Instagram last night, the Newcastle beautician announced that she is flying over this weekend to visit the rugby player in his hometown in Limerick.

She said: "I'm going to see Greg this weekend. I'm going to fly over to Ireland and spend the weekend with him." 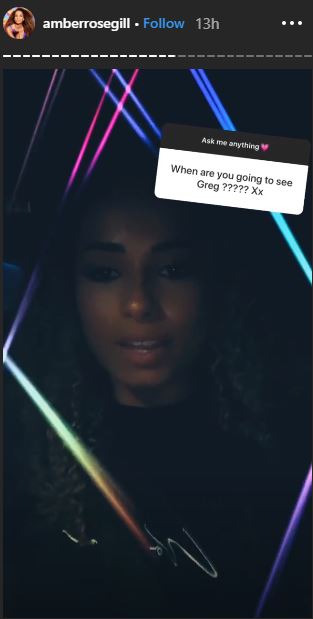 This will be Amber's first trip to Ireland to visit Greg and spend time with his family and friends since leaving the villa.

O'Shea had asked her to fly home with him but she was unable to due to work commitments.

“I asked her about fifty times to come home with me but she's so busy, everybody in Britain wants a bit of Amber, I'll get her over very soon", he told Mail Online.

Last week, it was reported that Amber has landed a new TV gig and will appear as a contestant on Dancing On Ice next year.

You can take a look at those videos here.

All Of The Winners From The 2020 Oscars

Man Stabbed To Death In Housing Estate Near Citywest