Our Planet Live In Concert Coming To 3Arena

Our Planet Live in Concert is coming to Dublin next year.

The production will re-imagine the Emmy Award-winning documentary series as a live experience.

The show has been developed by the series producers Silverback Films and Oscar-winning composer Steven Price.

Our Planet Live in Concert is narrated on screen by legendary broadcaster, David Attenborough.

The two-hour arena show will feature beautiful visual and sound effects. They will be accompanied by a 66-piece orchestra and live vocalist, Lisa Hannigan.

Three giant screens will present the incredible cinematography of Our Planet. This will allow audiences to be fully immersed into the wonders of the Earth’s wildlife and their habitats.

All net profits from the Our Planet live project will be donated to WWF’s global Our Planet education and awareness initiatives.

These include providing educational materials for schools and young people with the aim to inspire and motivate the next generation to protect the planet. 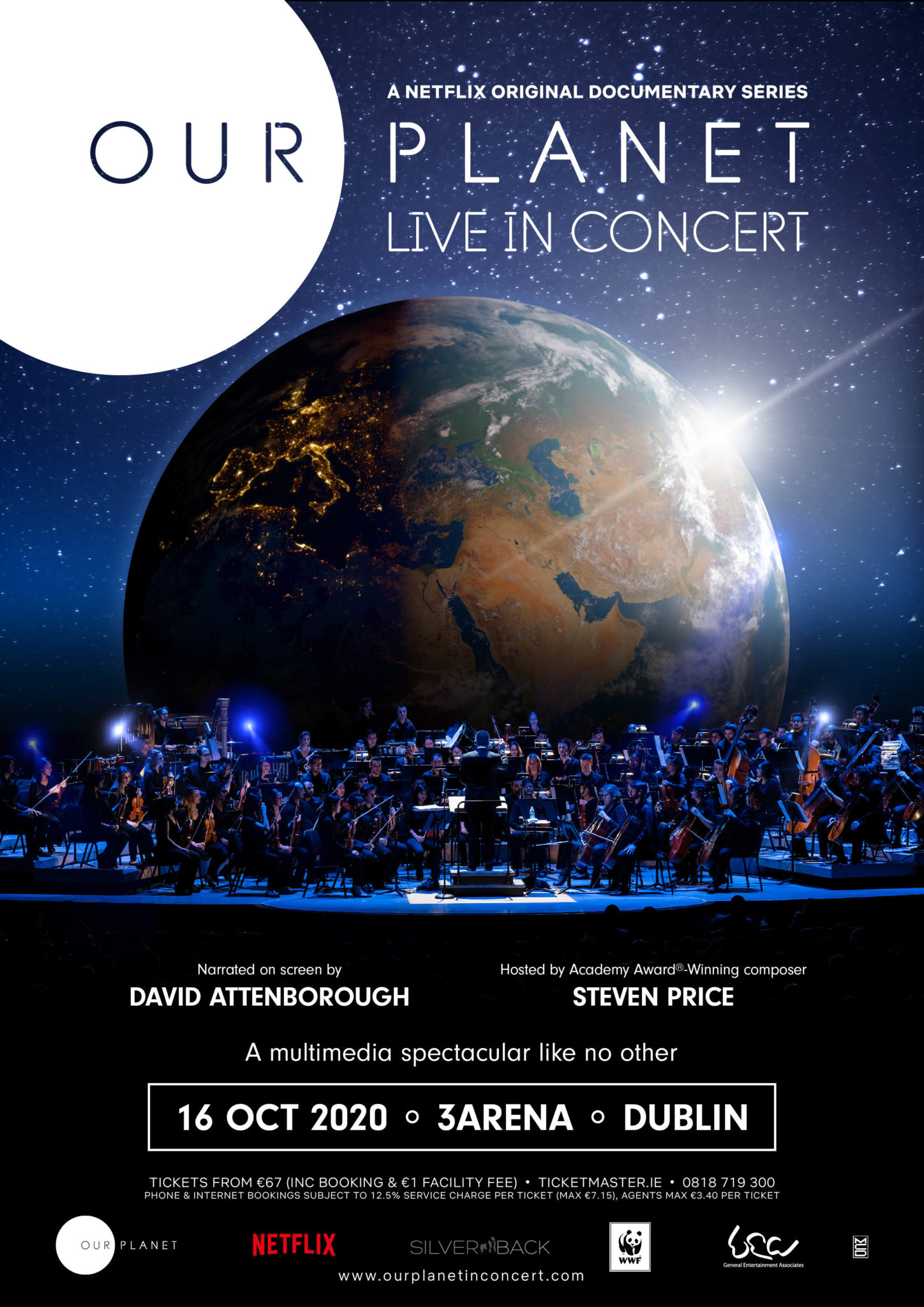 Tickets for Our Planet Live in Concert go on sale at 9am, Friday 29th November.

Tickets are priced from €67.

Our Planet took the world by storm when it was released in April 2019.

Taking viewers on a spectacular journey of discovery, showcasing the beauty and increased fragility of our natural world.

The series explores the fact that humans have become the greatest threat to the survival of our planet, and all the species that inhabit it.

The series also highlights the fact that there is still time to address the challenges that we have created, if we act now.

Our Planet was watched by 33 million households in the first month of its release.