From being head-butted at house parties in Tallaght to being spotted hanging around Dublin with a bag of cans..HARRY STYLES is coming back to Ireland to headline Slane Castle next Summer!

Due to popular demand, Harry Styles has announced the continuation of Love On Tour with 19 newly announced shows in Europe (ONE OF THEM BEING SLANE!) along with the addition of new shows in Austin, Chicago, and São Paulo and a venue upgrade in Lima, Peru. Produced by Live Nation, the now 83-date international global run across 22 countries will include 44 nights at many of North America’s most notable venues as well as 13 shows across Latin America and 7 nights in Australia & New Zealand.

June 10th will see the former One Directioner headline the iconic Slane Castle that has been graced by only the biggest acts over the last couple of decades with the first being Thin lizzy in 1981, followed by the likes of Queen, Oasis, Eminem and so much more! 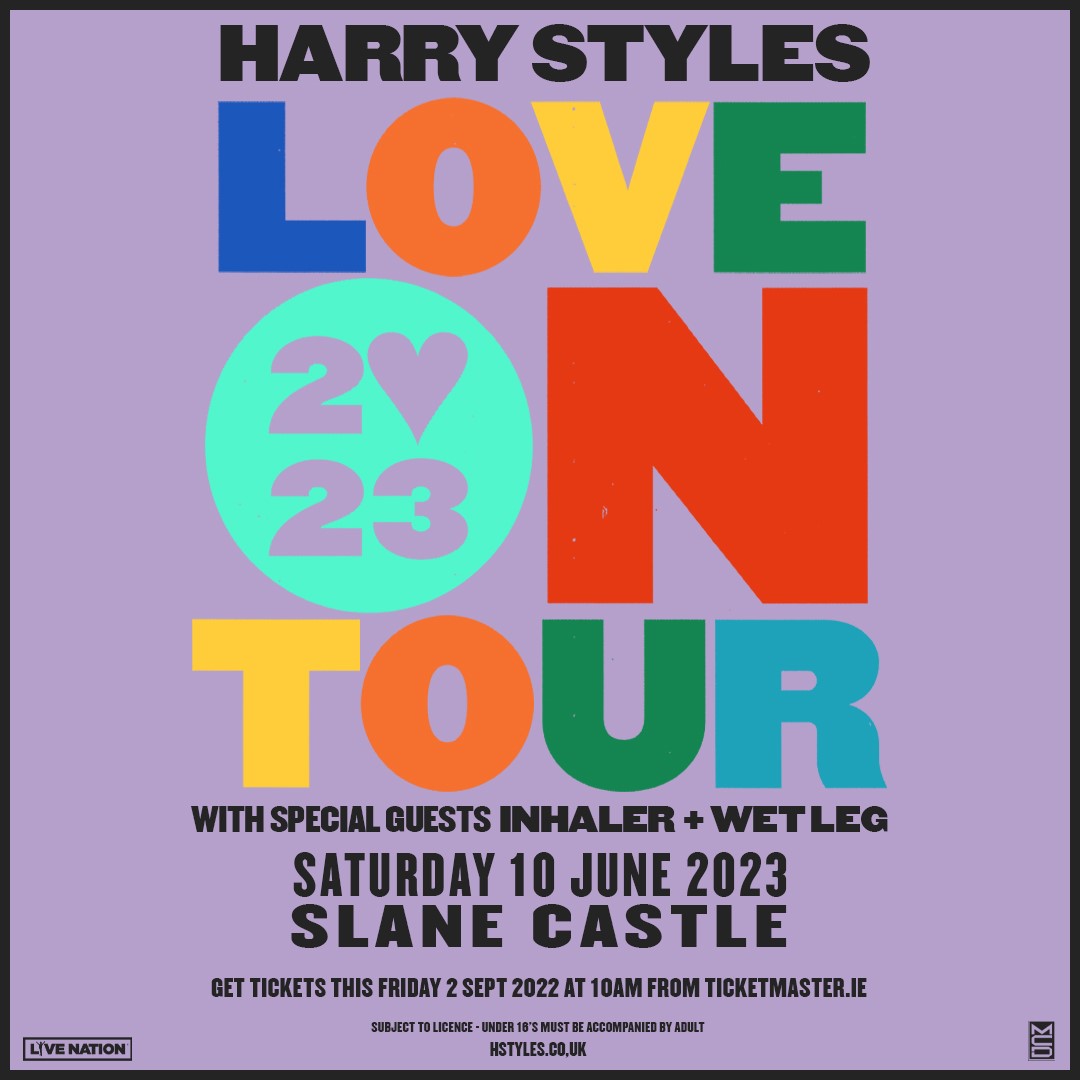 Support on the night will be from Wet Leg and Irish band Inhaler!

Tickets will be on sale this coming Friday from 10AM! so be up early!

98FM's Big Breakfast: Kitty Scott Claus Surprised By How Many Spars There Are In Dublin