A twitter storm erupted following a statement made by Comedian Tommy Tiernan on Sunday!

Tiernan said as far as he knows ''This is the very last series''. The Meath man plays Gerry Erin's Dad in the show.

Derry Girls fanatics took to the internet in their droves to voice their sorrow at the hit-series ending. 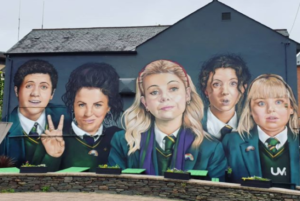 In steps Lisa McGee, the creator of Derry Girls who took to Twitter immediately. She gave no indication that the fan favourite sitcom is ending.

McGee was quick to calm the fans saying ''Don't worry'' and that ''we are plotting''.

The screenwriter admitted in January that she had been in talks about the possibility of a film adaptation.

Famous for her portrayal of Clare Devlin in Derry Girls, Nicola Coughlan waded into the conversation.

She tweeted ''do not believe everything you read''.