Ireland centre Garry Ringrose has been ruled out of the summer Test internationals and is replaced in the squad by Ulster's James Hume.
The IRFU have revealed this afternoon that the Leinster man has been ruled out with a shoulder issue that requires a procedure.
Advertisement
The withdrawal of Ringrose represents a massive opportunity for Ulster midfielder Hume who has never been capped at senior international level. 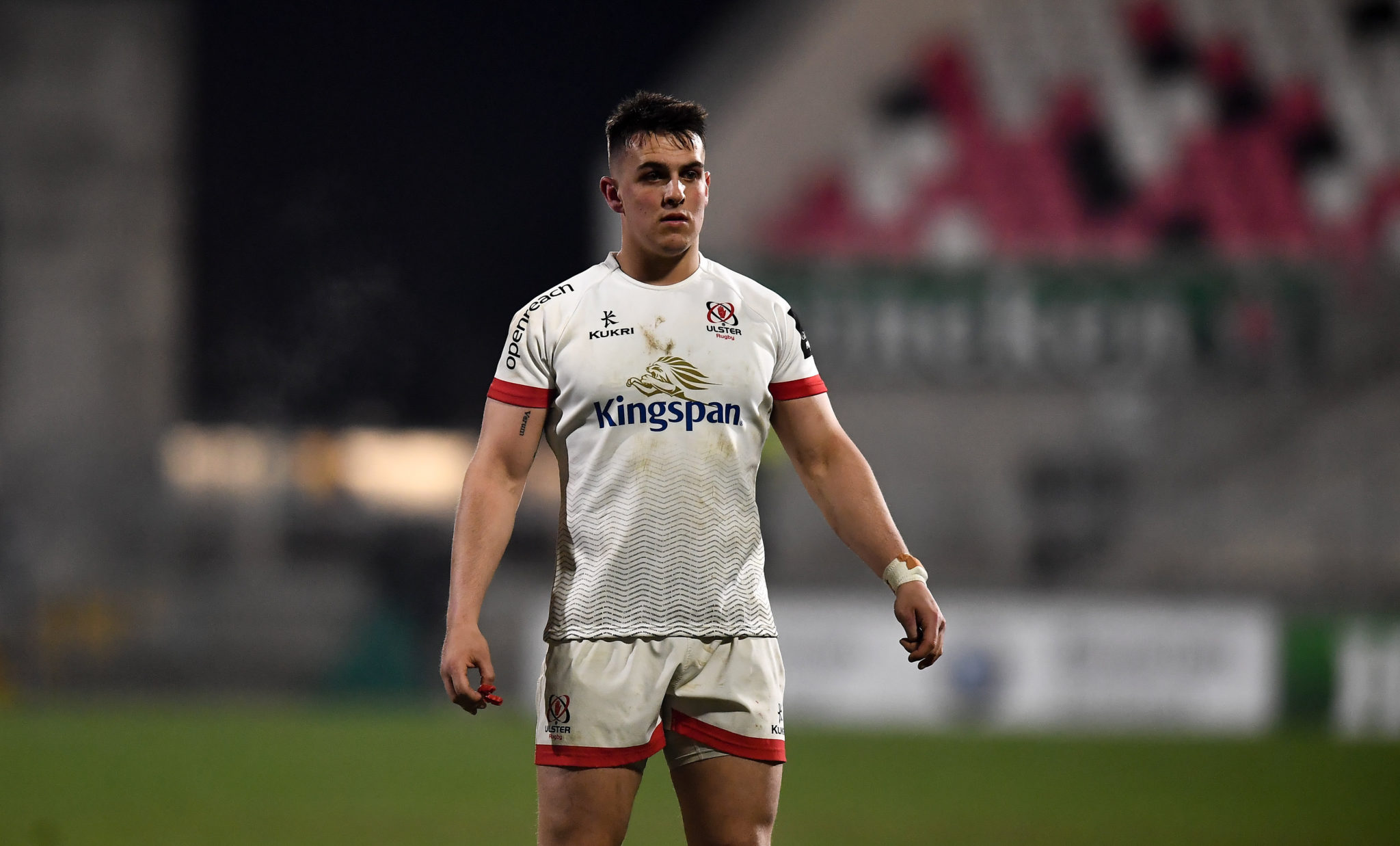 19 March 2021; James Hume of Ulster during the Guinness PRO14 match between Ulster and Zebre at Kingspan Stadium in Belfast. Photo by David Fitzgerald/Sportsfile
The addition of the 22-year-old brings the number of uncapped players in the Ireland squad to twelve with Hume joining provincial colleagues Robert Baloucoune, Tom O’Toole and Nick Timoney.
Connacht’s Caolin Blade, Tom Daly and Paul Boyle, Leinster’s Harry Byrne, Peter Dooley and Ross Molony and the Munster duo Gavin Coombes and Fineen Wycherley are the other players hoping to make their senior debuts in July.
Ireland play Japan on Saturday 3 Jul before taking on the USA  seven days later and this week head coach Andy Farrell stressed the importance of all players being at their best from the off against the Brave Blossoms.
"To be at your best in the first game is the most important thing because Japan have been together for five or six weeks. They’ve played a game at the weekend (against the Sunwolves) in which they’ve been pretty good, organised and cohesive," said Farrell.

"They’ve come over here (Europe) for a massive game against the Lions and then they come to us. They’re going to be absolutely brimming.

"We’ll have twelve days to prepare, but that’s the world that we live in. We’ve got to be at our best.

"For those lads that are coming in, who are new to the environment or are stepping up in the senior role, they’ve got to deliver. This is the time because that’s the world that we live in from an Irish rugby point of view."