It is the first time that a match in either division of the SSE Airtricity League has been postponed due to players testing positive.

Galway United confirmed the news in a short statement released this afternoon.

"Two positive COVID-19 cases have been identified in the Galway United squad and as a result the whole first team squad and staff are now restricting their movements and awaiting tests, following HSE and government guidelines," the statement reads.

Advertisement
"Galway United will continue to follow all protocols relating to COVID-19 and the players will isolate for the required period of time. The new date for the fixture will be announced in due course."
There are just three rounds of fixtures left in the second tier with Drogheda in second place and just two points behind leaders Bray Wanderers while Galway's superb run under new manager John Caulfield has left them just three points off the play-off places. 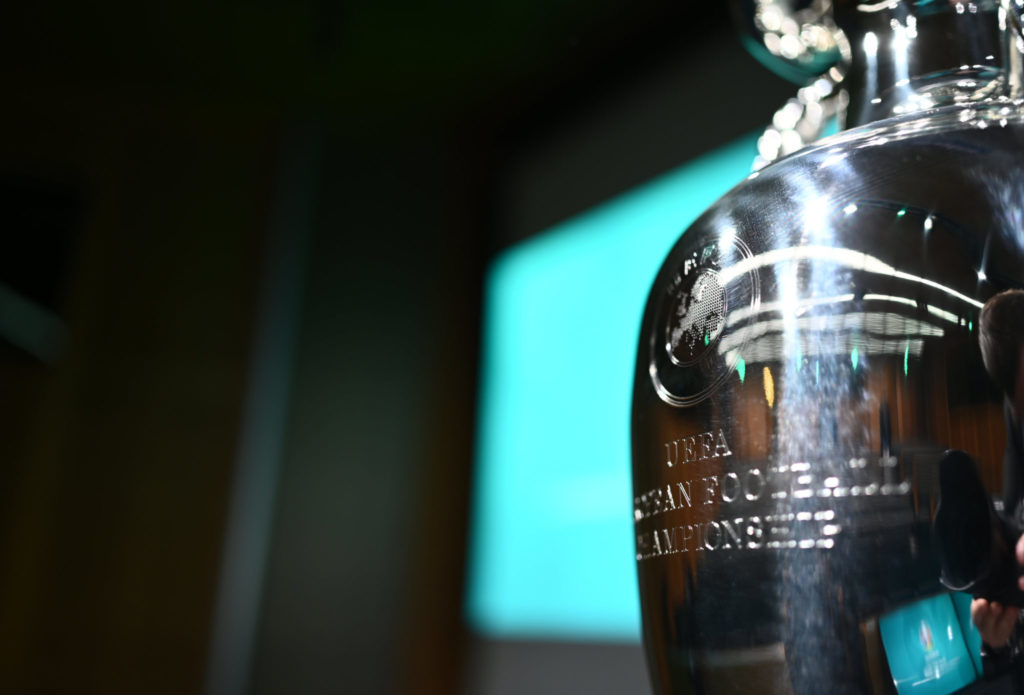 22 November 2019; The UEFA EURO trophy on stage prior to the UEFA EURO 2020 Play-Off Draw at UEFA Headquarters in Nyon, Switzerland. Photo by UEFA via Sportsfile
All SSE Airtricity League action had been suspended for four months from early-March this year due to the Covid-19 pandemic.
The news of the Galway v Drogheda match postponement comes just hours after the FAI confirmed that a backroom staff member had tested positive for the virus.
Contact tracing has resulted in two additional staff members, who tested negative, now restricting their movements but all three backroom staff members are said to be asymptomatic and well.

The FAI notified the HSE and have been granted permission to fly to Slovakia as planned this afternoon without the three backroom staff members.