Football legend Maradona has been immortalised with a statue outside the new Madre de Ciudades Stadium in northern Argentina.

The 1986 World Cup winning captain passed away in November of last year after suffering heart failure. He had also underwent brain surgery in 2020 following a period of ill health.

Napoli officially renamed the San Paolo as the Diego Armando Maradona Stadium in honour of their club icon at the turn of the year.

The Argentina FA commissioned the statue, which was unveiled by their national team ahead of last night's draw with Chile. 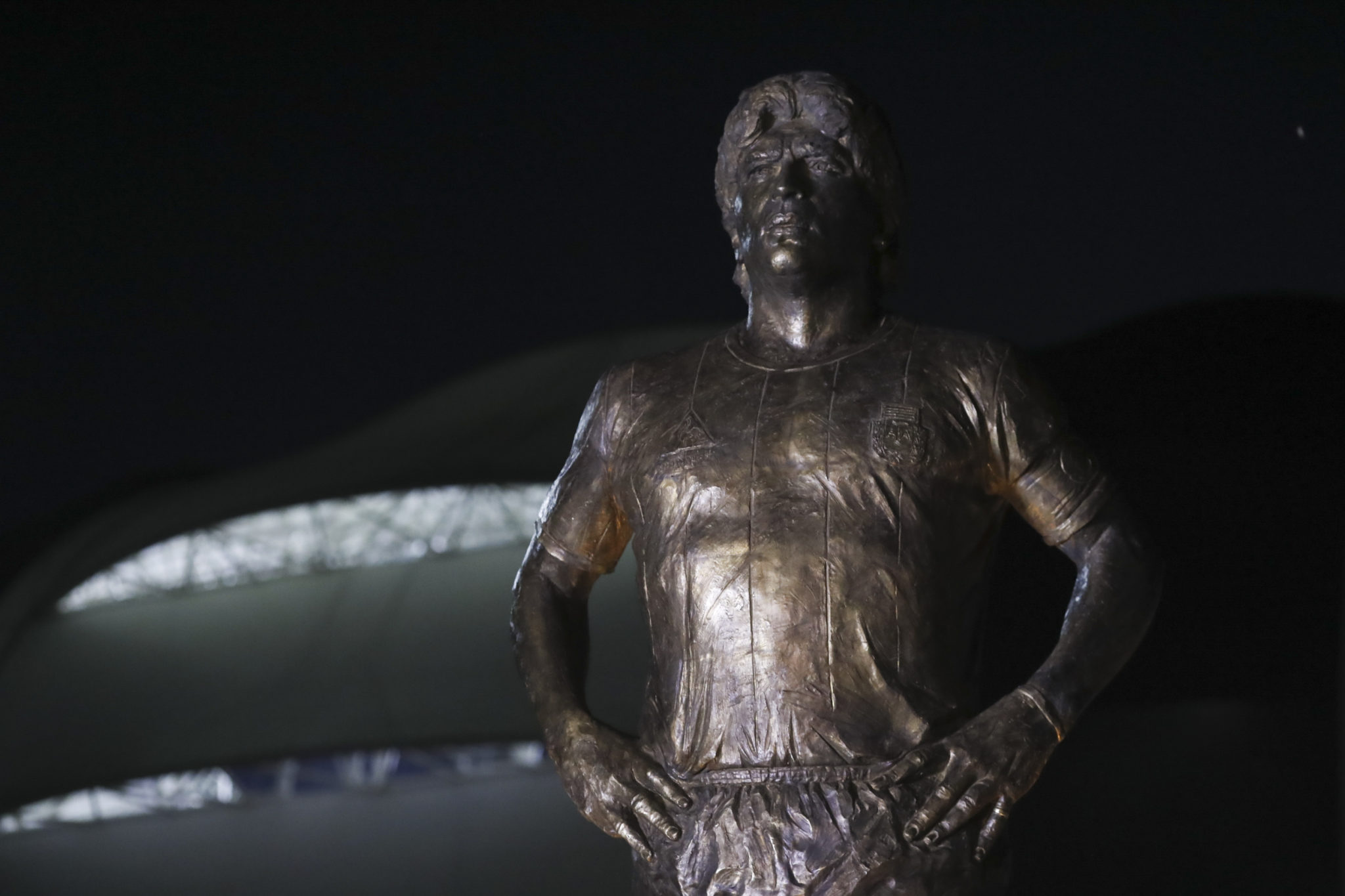 A statue of late soccer legend Diego Maradona stands outside Madre de Ciudades stadium after its unveiling prior to a qualifying soccer match for the FIFA World Cup Qatar 2022 between Argentina and Chile in Santiago del Estero, Argentina, Thursday, June 3, 2021. (Agustin Marcarian, Pool via AP)

Current captain Leo Messi led the ceremony and the players wore tribute shirts before the World Cup qualifier got underway. Underneath Maradona's picture were the words '1960-infinity', to represent his never-ending legacy.

"It was a very important match being the first without Diego Maradona," Messi said after the 1-1 draw.

"We know what the national team meant to him, and we know that he was present."