Stephen Kenny has called up four players to his Republic of Ireland senior squad for the first time ahead of next month's friendly matches.

The Irish boss has rewarded Norwich City's highly-rated defender Andrew Omabamidele for his excellent finish to the season in the English Championship with a call-up.

The 18-year-old centre-back started the last eight games of the league campaign as the Canaries won the title and promotion to the Premier League and he also played against Wales in an under-21 friendly in March.

He is a player who caught the eye of former Dundalk manager Vinny Perth.

"I watched him play for the Ireland under-21s against Wales - he was ok, it wasn't a great game in the sense that it was an open training ground but he did ok," Perth told OTB Sports last month.

"But I watched him against Preston in a 1-1 draw, and he subsequently stayed in the team. He has been outstanding - a really, really exciting footballer.

"They want to play out from the back, he is so comfortable on the ball. I hate giving players tags, but he looks like a young Rio Ferdinand. He has got bits to learn, in that he could develop his upper body strength but he is 18, playing against men.

"He is so calm on the ball, so assured on the ball, his passing range is excellent. I believe he could play in the number 6 role, he could be a Declan Rice-type player. It will be interesting to see."

Omobamidele will be joined in the 27-man squad for the training camp in Spain, and matches against Andorra and Hungary, by St Mirren's player of the season Jamie McGrath. 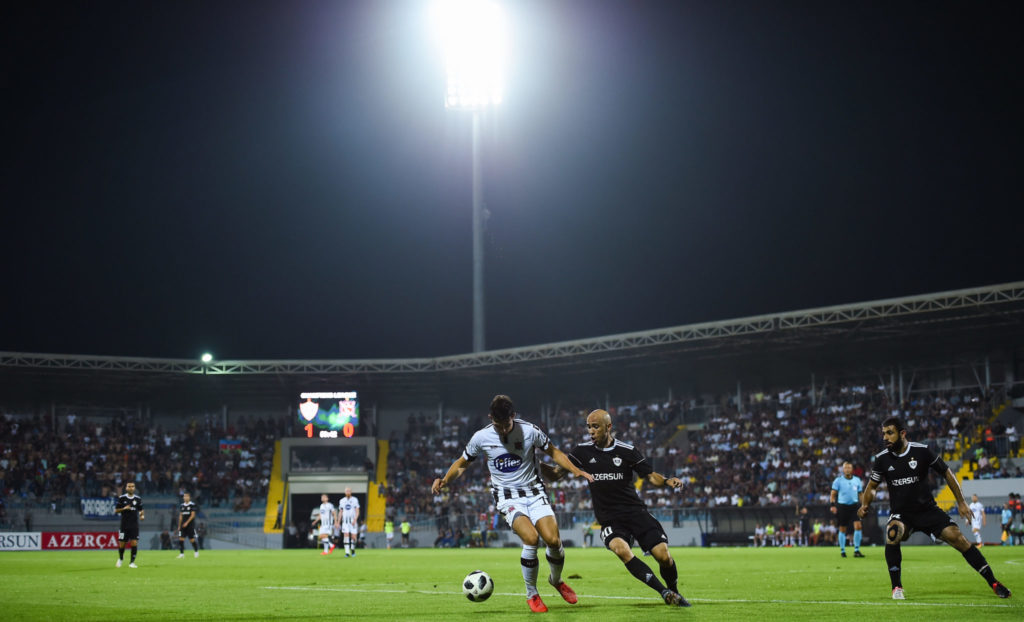 31 July 2019; Jamie McGrath of Dundalk in action against Richard Almeida of Qarabag FK during the UEFA Champions League Second Qualifying Round 2nd Leg match between Qarabag FK and Dundalk at Dalga Arena in Baku, Azerbaijan. Photo by Eóin Noonan/Sportsfile

The 24-year-old Meath native has flourished since leaving Dundalk and notched 17 goals and 6 assists in 46 appearances for The Buddies. 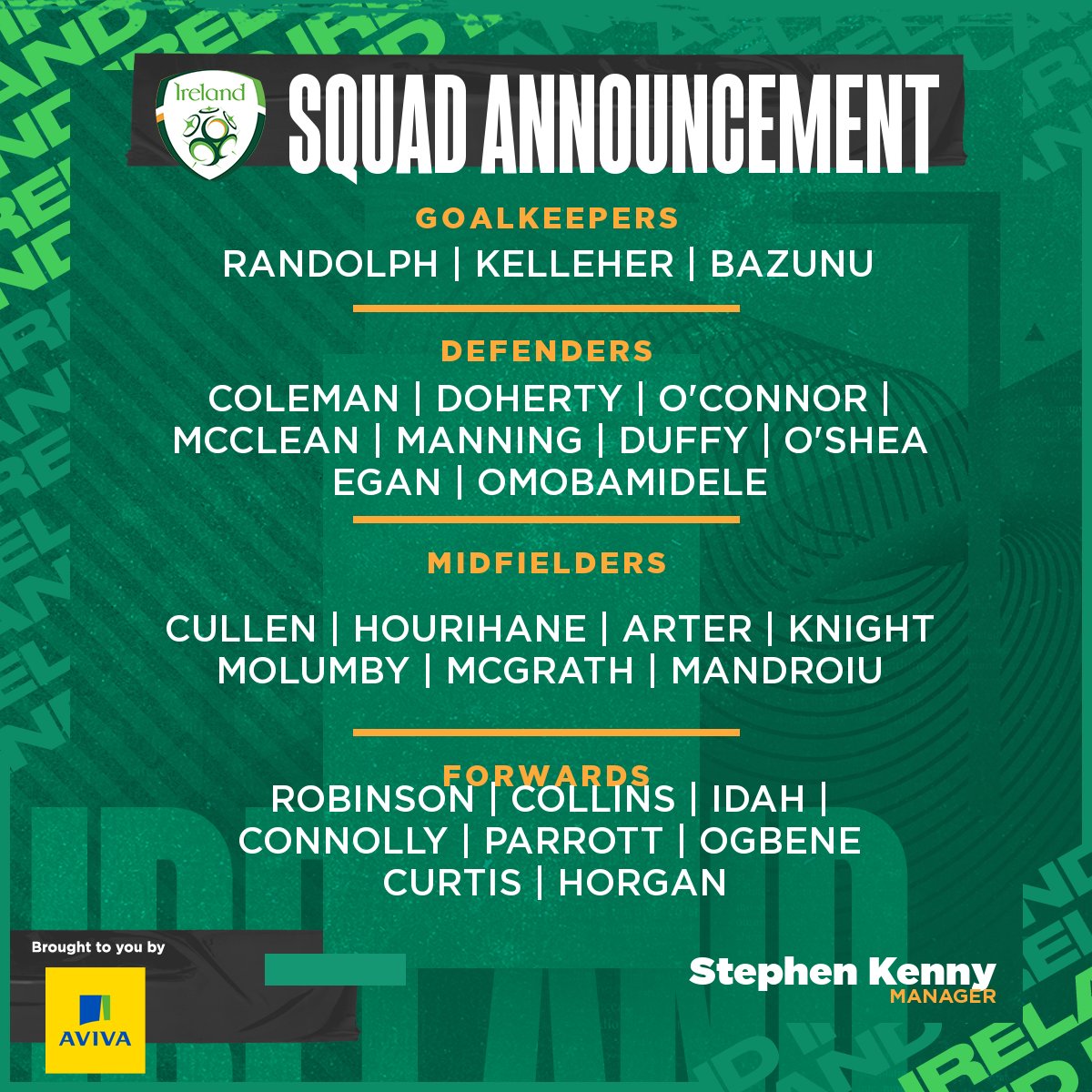 Ogbene, who played for Limerick and Cork City, missed most of the English Championship season with a knee injury after playing the full ninety minutes in the opening three matches but after returning to fitness he made three more starts and five appearances off the bench.

The 24-year-old, who can play on either wing, also qualifies for Nigeria but he approached Kenny last summer to let him know that he would like to declare for Ireland where he moved to with his family in 2005.

Former Bohemians midfielder Mandroiu was one of Kenny's key men in the under-21 team and at the end of last season made the switch to Rovers where he has been in excellent form, scoring 4 goals in 12 Premier Division appearances.

Tranmere Rovers defender Lee O'Connor, who is on loan from Celtic, returns to the senior squad for the first time since he made his debut in November 2019 against New Zealand.

Swansea City duo Conor Hourihane and Ryan Manning will link up with the squad following their Play-Off Final against Brentford in Saturday, May 29.

Kenny revealed that Enda Stevens and Alan Browne were not considered due to injury.