Republic of Ireland international Jonny Hayes has rejoined Aberdeen after signing a two-year deal with the Scottish club.

Hayes returns for a second spell at Pittodrie, having left Aberdeen in 2017 to join Celtic.

Hayes made 62 appearances for Celtic, with one of the highlights being his goal in a 2-0 win over Rangers at Ibrox in September 2019. 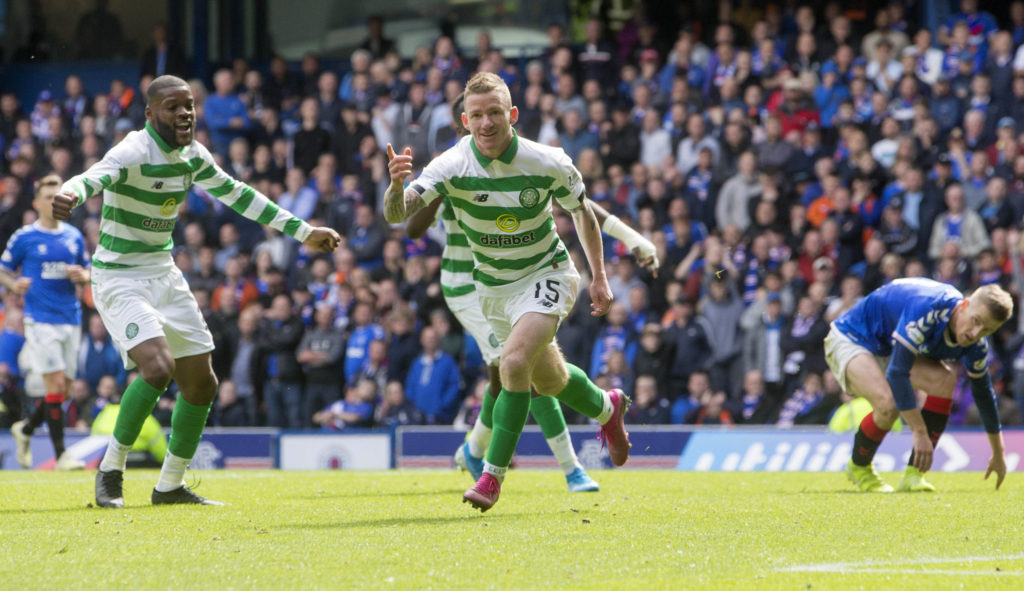 Former Celtic striker Chris Sutton expressed his surprise at the decision to allow the Dubliner leave the Scottish champions.

Surprised Celtic didn’t hold on to him but good luck to Johnny Hayes on his return to Aberdeen... always gave his all in a Celtic jersey and never let the team down. Decent business for Aberdeen.

During his first spell at the Dons, Hayes scored 30 goals in 207 games and was part of Aberdeen's League Cup winning side in 2014.

In a statement, Aberdeen revealed Hayes has taken the decision to make "a significant financial sacrifice" in order to return to the club amid the COVID-19 pandemic.

Hayes said: "It is exciting to be an Aberdeen player again. The Club has made real progress since I have been away, particularly with the building of Cormack Park which looks brilliant.

"It was a major attraction in returning and as soon as the manager phoned and said Aberdeen were interested it was always my preferred choice.

"We were then able to come to an agreement to make the deal happen which was suitable for all parties. I appreciate it is a tough time for the Club given the current climate with COVID-19 but everyone wanted to make it happen.

"I was more than happy to play my part by foregoing some financial gain and I am just thankful it was concluded positively.

"I want to come back and win some winners medals. I think everyone associated with Aberdeen deserves it.

"There have been a few near misses with some of the recent Finals, but it would be very nice to come back and win some trophies."

Aberdeen manager Derek McInnes added: "Bringing Jonny back to the Club is fantastic. In light of the current financial circumstances as a result of the pandemic, this has only been possible due to Jonny being out of contract and his real desire to re-join Aberdeen.

"Jonny’s determination and willingness to return here is illustrated by his generous gesture to make it happen.

"He has never hidden his love for Aberdeen, and indeed I know his family enjoyed living in the North East, so it is no surprise to me that he was prepared to make a financial sacrifice in order to return.

"We sold Jonny to Celtic three years ago and he was a key player in our team, but he returns undoubtedly a better player for his experiences and will provide excellent cover in the left sided area of the pitch following Greg Leigh’s departure. I can’t wait to see him perform in our team once again."

Hayes has been capped four times at senior level for the Republic of Ireland, with the most recent appearance against Uruguay in June 2017.