The traditional line-up of sheep, donkeys and goats outside the Mansion House in Dublin won't be happening this Christmas.

The life-size farmyard crib has been a feature on Dawson Street every December since 1995, sitting alongside figures of Mary, Joseph and the baby Jesus.

The Lord Mayor of Dublin Caroline Conroy wants to create a new experience that will allow children to be part of the nativity scene rather than just looking at it.

"When we're in Covid still at the moment, there's a perspex that goes up on the life-size shed and the kids can only look in and they don't get any interaction."

The Green party councillor says they want to create a Winter Wonderland look at the front of the Mansion House that would be more interactive;

She says the decision wasn't taken because of animal welfare issues. 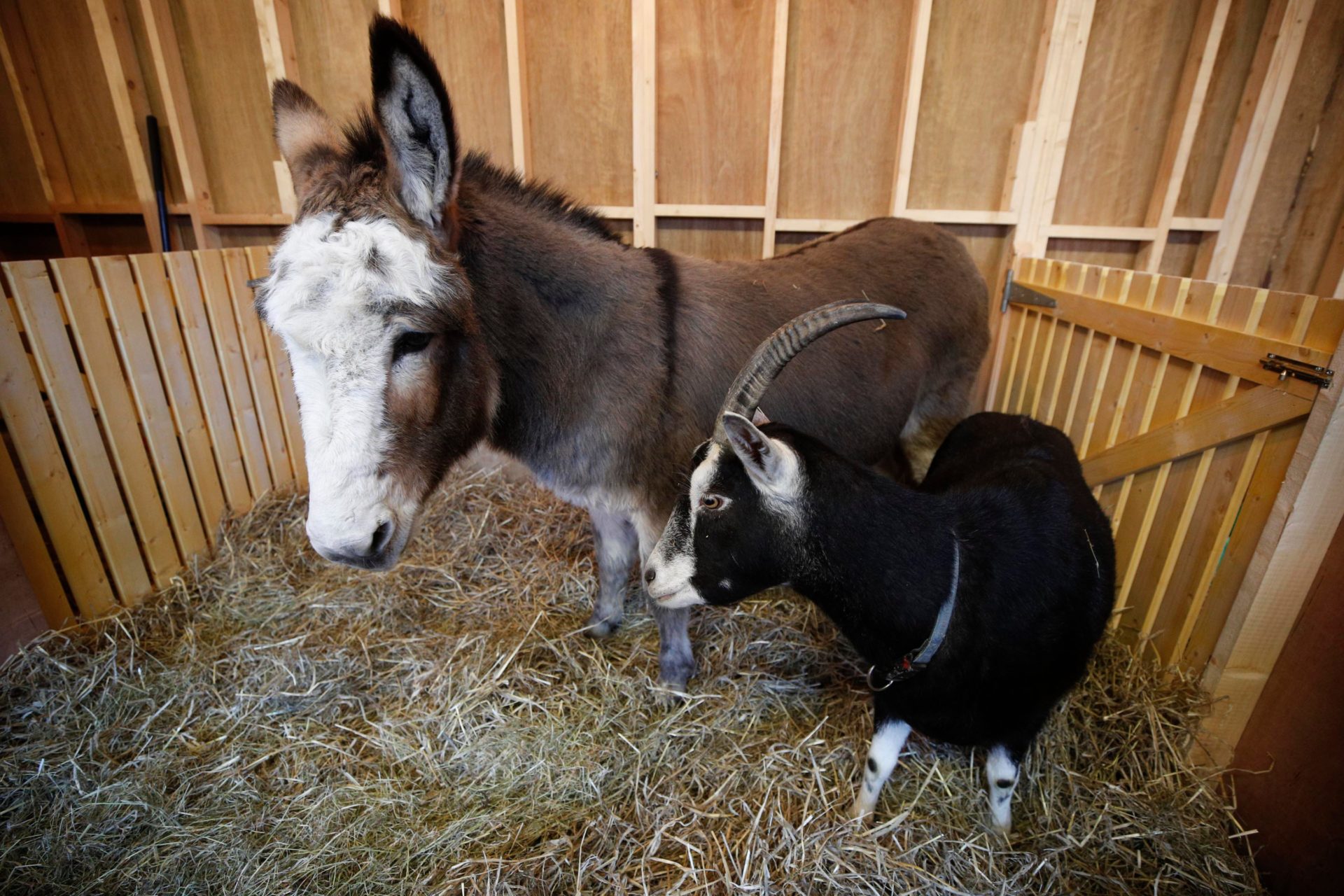 The Irish Farmers’ Association, which usually supplies the animals, says it hadn't been informed of the change and it had been preparing for the event in recent weeks.

"Keeping sentient animals confined in such a hideous manner is downright ignorant of their welfare and at a minimum a hideous display where a constant flow of people stop to take a quick gawk at the confined animals before moving on."

He went on to say; "Irish society has moved on from the control of religion and anything else associated with it - now is the perfect time to permanently cancel this outdated display once and for all."

Animals Of Dublin To Be Honoured At New Exhibition