Always wanted to be in a Hollywood movie? Well, now could be your chance!

Wild Mountain Thyme will be shot in the west of Ireland and producers are looking for extras.

The upcoming film stars Jamie Dornan, John Hamm, Emily Blunt and Christopher Walken and is shooting in Crossmolina and Ballina in Mayo until November.

West Coast Casting posted the advert on their Facebook page. 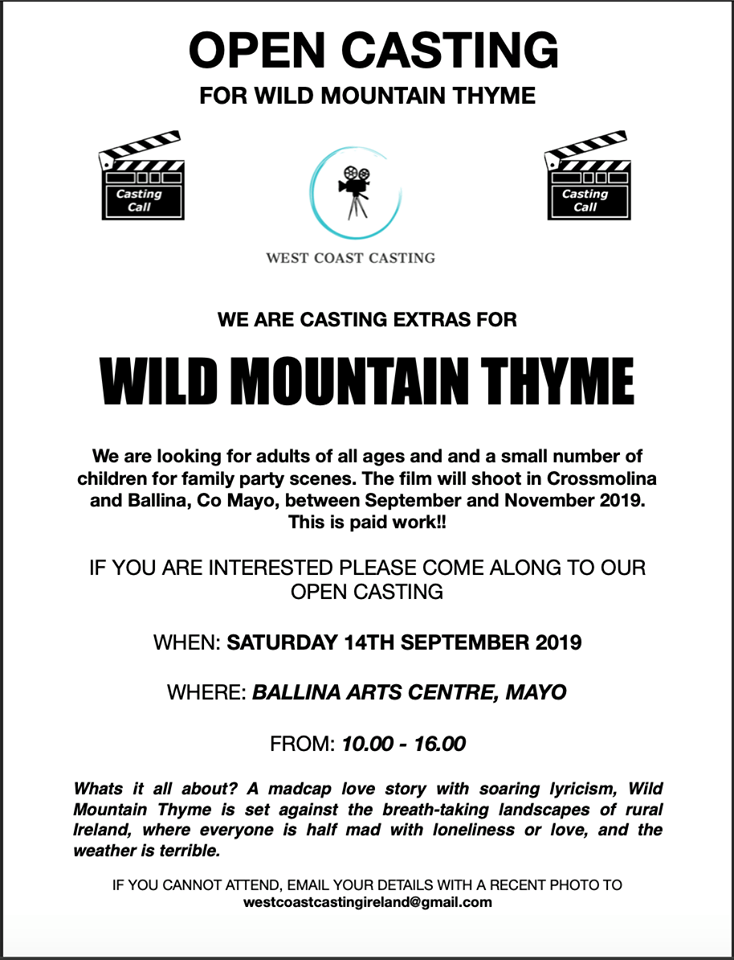 Movie bosses are looking for adults of all ages and a small number of children for family scenes.

Not only could you be rubbing shoulders will A-list celebs, the work is paid.

If you are interested in auditioning, the casting is taking place this Saturday, September 14th at the Ballina Arts Centre from 10am-4pm.

The film is an adaptation of John Patrick Shanley's play 'Outside Mullingar' and follows a pair of star-crossed lovers in Ireland get caught up in their family's land dispute.

According to the casting poster all characters are "half mad with loneliness or love" and "the weather is terrible".