A Derry Girls Quiz Is Being Held In Coppers Next Month

Are you obsessed with all things Derry Girls? This event could be right up your street! A Derry Girls Quiz night is being held in Dublin next month.

The event will be fuelled by rave rounds, drinking games and plenty of Grandpa Joe quotes.

Commenting on the event, organisers said:

"The Derry Girls series has undoubtably become part of the pedigree that is Irish Comedy, joining names such as Fr. Ted and Mrs Browns Boys.  Its packed full of fish and chip dinners, full loads of washing and Holy statues. Something that we can all relate too.

"Up and down the country the Irish people who have followed Erin and her band of friends as they deal with the troubles of being a teenager throughout the troubles in Northern Ireland. Will Aunt Sarah Make it for her tanning session?

"Get your gal and guy pals together and to make your team of four. Once the victorious team are announced the after party will kick off until the wee hours of the morning. Sure who doesn’t love a night in Coppers." 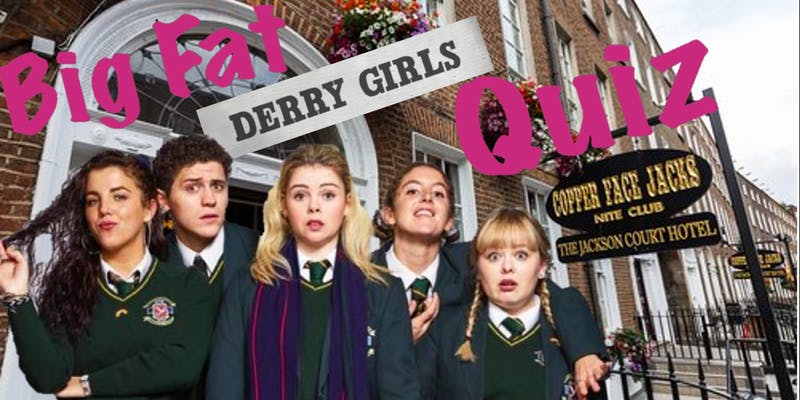 A Krusty Burger Pop-Up Is Coming To Dublin