The Boys Are Back In Town!

Mark Hoppus, Tom DeLonge and Travis Barker are reuniting for the first time in nearly 10 years.

AND, they've released a hilarious video to their Instagram to promote their return!!!

The iconic band are releasing new music and they'll be playing it out along with all the hits on a global world tour!

The worldwide trek includes their first ever performances in Latin America along with stops in North America, Europe, Australia, and New Zealand.

Dublin's 3Arena of course makes the list, with support from The Story So Far. 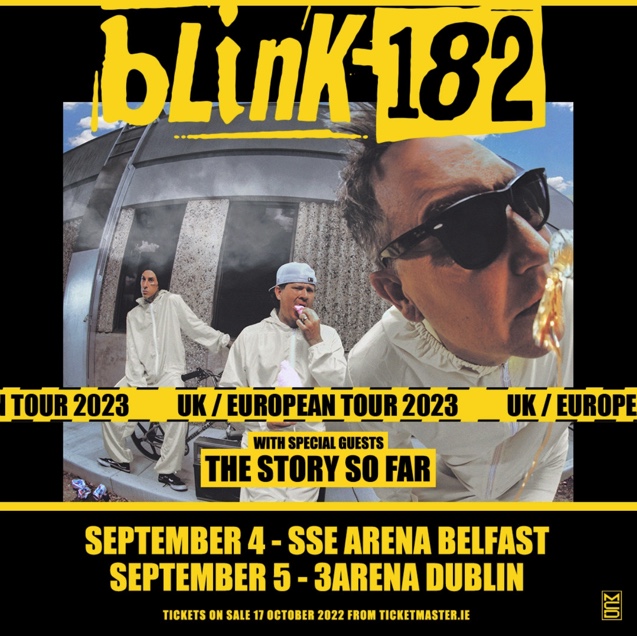 They'll play the iconic Dublin venue in just a little but under a year, on September 5th 2023, with tickets on sale Monday, October 17th at 10am.

The band will also drop their new single 'Edging' this Friday, October 14th.

It's the first time in over 10 years that Mark, Tom and Travis have been in the studio together!

Everything You Need To Know About This Year's Gaiety Panto

98FM's Big Breakfast: Scooter Reveals 'Nonsense' Meaning Behind Song Names & Finally 'How Much Is The Fish?'