"Sure, the hurl is so light now that a belt might be sore but it won't injure you" | Tommy Walsh

In light of emerging footage displaying Chelsea's Maurizio Sarri departing a training session after two of his players engaged in a physical confrontation, Tommy Walsh considered the scene in relation to his own days as a Kilkenny hurler.

"I'd say if Brian Cody was to walk out of a training session every time there was a fight, we'd never have had a manager at training," laughed Walsh on Wednesday's OTB AM.

A fabled component of Kilkenny's pre-match ruthlessness during Cody's hey-day, the concept of 'all-in' training sessions brought Walsh to consider the relative scarcity of subsequent injuries.

"With regards hitting each other in training and the physical stuff, there were never really any injuries in Kilkenny," Walsh suggested.

"Like, if you take soccer or that, you're putting in your ankles or legs for any tackles.

"In hurling, however, sure the hurl is so light nowadays that if you do get a belt, it might be sore but you're not going to come out with too much of an injury." 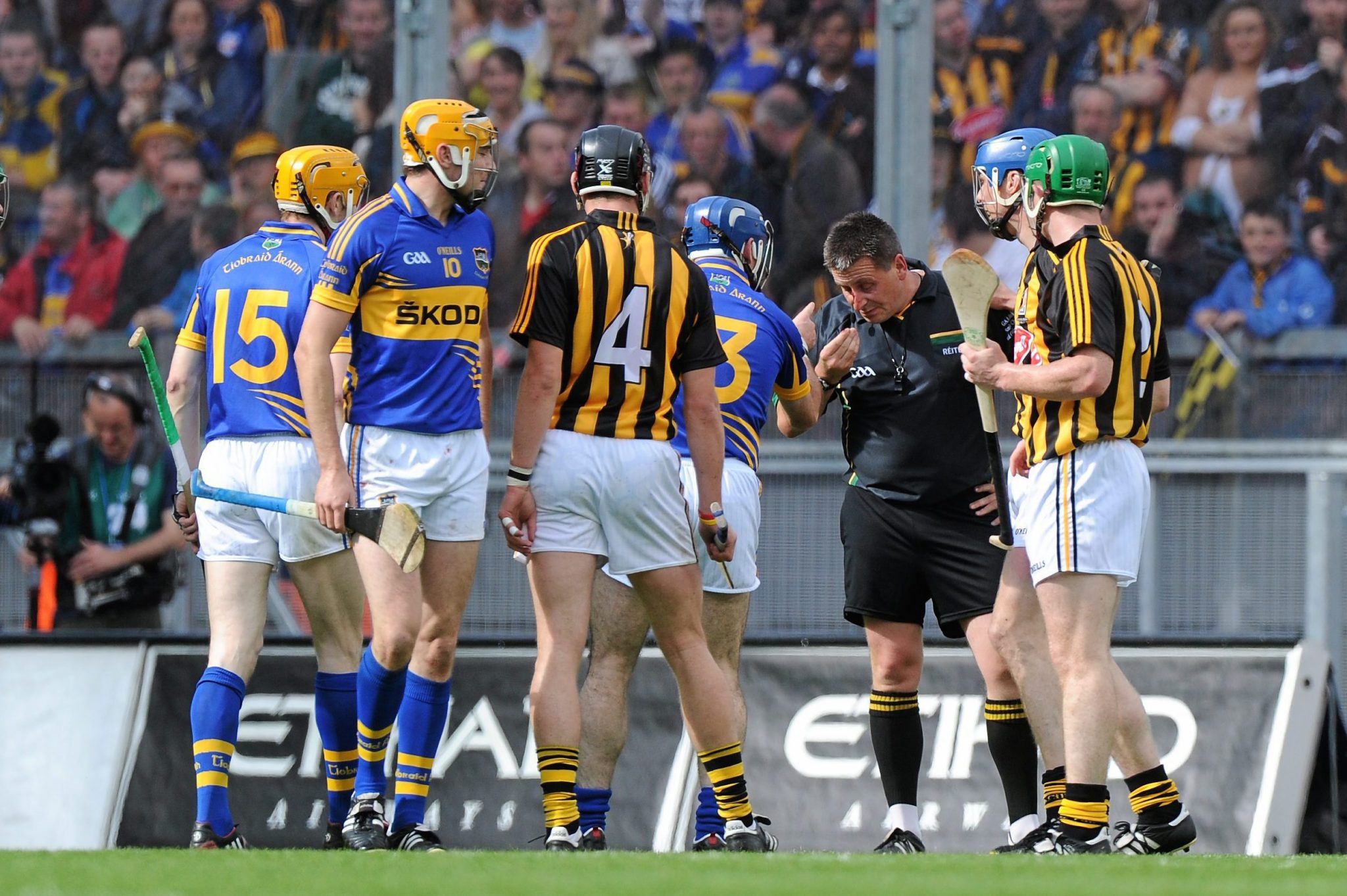 Discussing the debilitating effect of injuries, Tommy Walsh offered his rationale of why he believes players of this era are more susceptible to the ill-effects of injury.

"I think most of the injuries that happen nowadays are more muscle-related," Walsh explained, "with lads pushing their bodies to limits that any little offset at all has you in trouble.

"There was one time where you had a little lee-way because no-one was taking their bodies to the absolute limits. Any kind of a niggle wouldn't really matter as much.

"Guys are so finely tuned now that hamstrings, groins and cruciate injuries happen that bit easier.

"When I started with Kilkenny around 2002, you trained around three times a week. Whereas now you're training seven times a week, so I think lads are putting greater demands on their bodies."