Manager Ephie Fitzgerald has opted to stick with the same 15 that started the impressive semi-final win against Donegal - as his side defend the title they originally won in 2019.

Mick Bohan has made one change to his Dublin team for the 19:30 kick-off at HQ which is being broadcast live on TG4.

2019 Footballer of the Year Siobhán McGrath returns to the starting line-up, as Orlagh Nolan drops to the bench.

McGrath replaced the injured Nolan in the league semi-final win against Mayo, when the Ballinteer St Johns star was forced to retire early from the game with what appeared to be a leg injury. 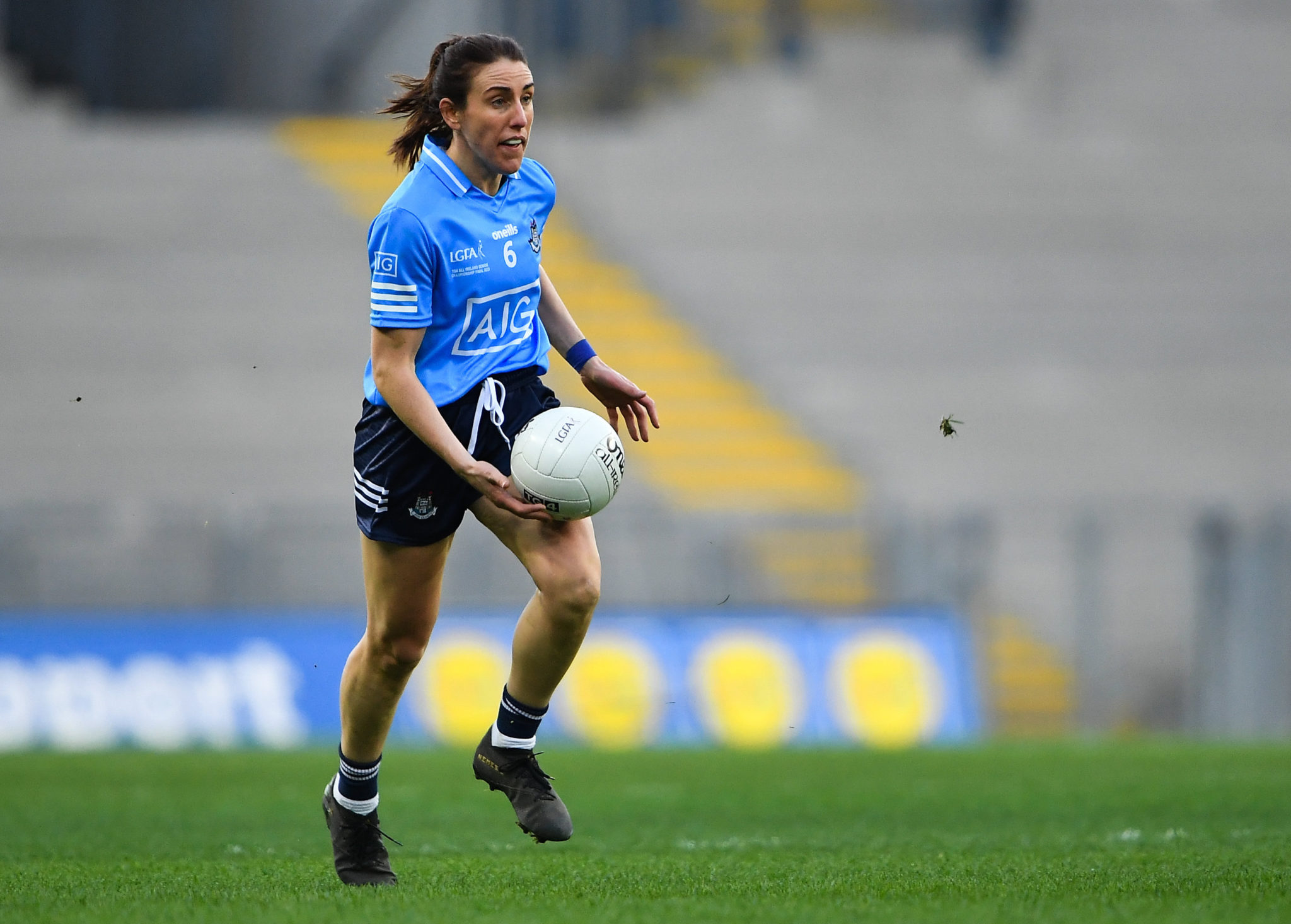 Nolan is fit enough to be included amongst the Dublin substitutes and joining her on the bench are the very experienced quartet of Ciara Trant, Carla Rowe, Nicole Owens and Niamh McEvoy.

The league decider comes just six months after the same sides met at the same venue in the All-Ireland Senior decider which the Girls in Blue won by 1-10 to 1-05.

When they clashed in the group stages at Páirc Uí Chaoimh, it was a nip and tuck affair but Dublin prevailed by a point from a thrilling encounter, on a 3-15 to 4-11 scoreline. 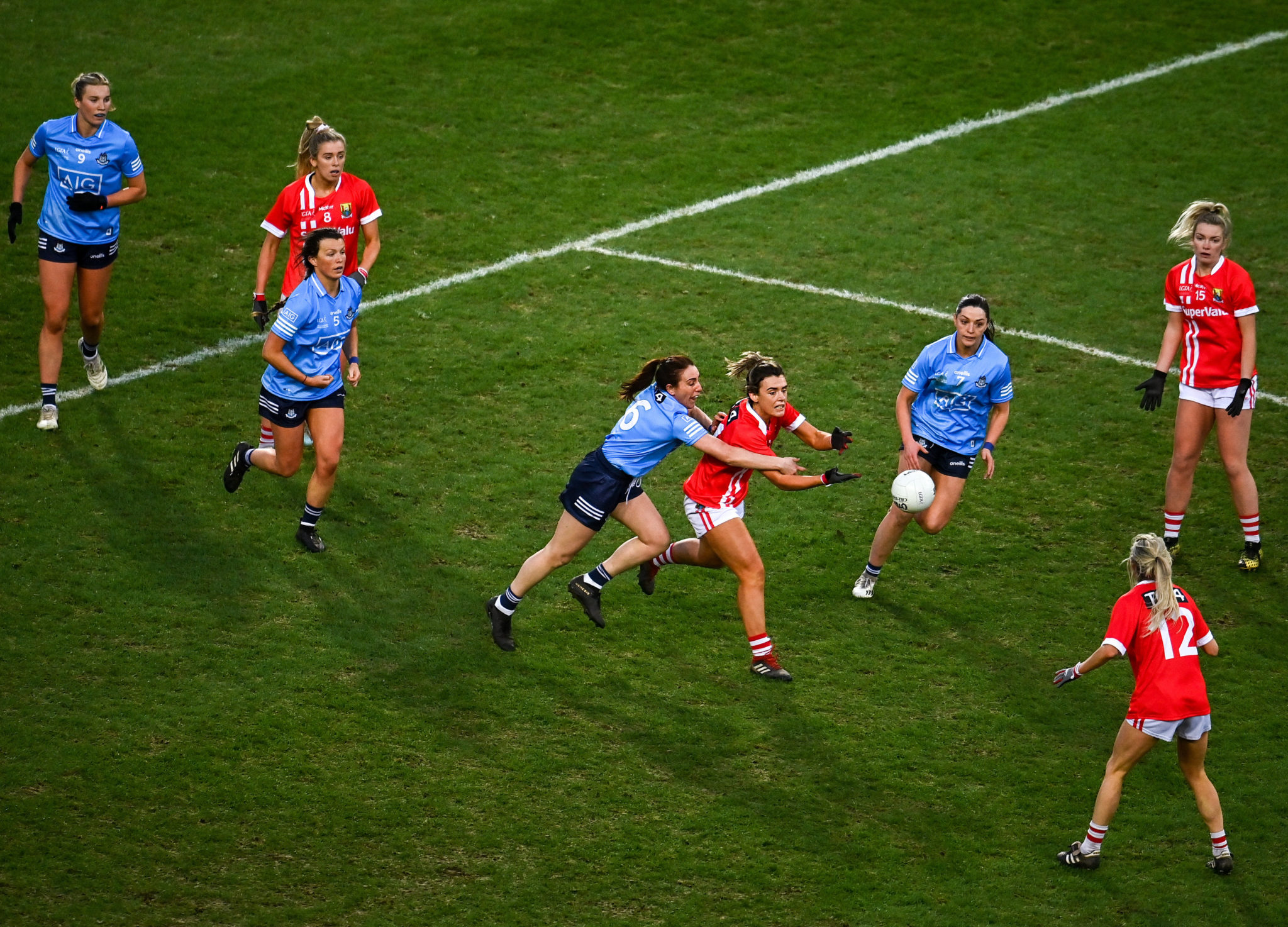 20 December 2020; Doireann O'Sullivan of Cork in action against Siobhán McGrath of Dublin during the TG4 All-Ireland Senior Ladies Football Championship Final match between Cork and Dublin at Croke Park in Dublin. Photo by Sam Barnes/Sportsfile

These are two teams with so many options to call upon – and the respective managers, Dublin’s Mick Bohan and Cork’s Ephie Fitzgerald, know so much about their opponents.

Cork and Dublin met in three successive All-Ireland Finals from 2014-2016 – and Cork won each of them, having also tasted victory in the 2009 decider.

2018 marked a shift in the rivalry – Dublin finally getting one over on Cork, and in an All-Ireland Final.

That year, Dublin had also lifted the Lidl National League Division 1 title for the one and only time in the county’s history, when they defeated Mayo.

Fast forward to the 2019 All-Ireland semi-final – and victory for Dublin again. Last December, Sky Blue ribbons adorned the Brendan Martin Cup and where once Dublin were the hunters, they’re now very much the hunted.

Cork did get the better of Dublin a classic Lidl National League semi-final in 2019 but they’ll want to scalp them on a bigger day – and Croke Park this evening provides the latest opportunity.