'The support is there, but we always need more' | Anna O'Flanagan on Olympics, equality and legacy of Irish hockey

One of the most unfortunate sporting victims of COVID-19 was, without doubt, the 2020 Olympics in Tokyo. For Irish hockey player Anna O’Flanagan and her teammates, this heartbreak was even more devastating after years of fighting just to qualify, writes Catherine Murphy.

Speaking to OTB AM on Thursday in her role as an ambassador for the Olympic Federation of Ireland’s Dare to Believe School’s Programme, sponsored by FBD Insurance, O’Flanagan recounted how the past year has impacted her team and their development.

Like most, the unexpected start to 2020 changed just about everything for Anna and her teammates. “As an athlete, every day is planned for you, every hour, week for years is set out. Everything was just ripped from under us and we were just left with so many uncertainties”.

Chief among them being the upcoming summer Olympics where they fought so hard to qualify.

“In the first lockdown, they actually hadn’t called the postponement of the Olympics for a few weeks. So, we were still trying to train away, but not really able to leave our houses in preparation of an Olympics that was set to happen in a few months”. 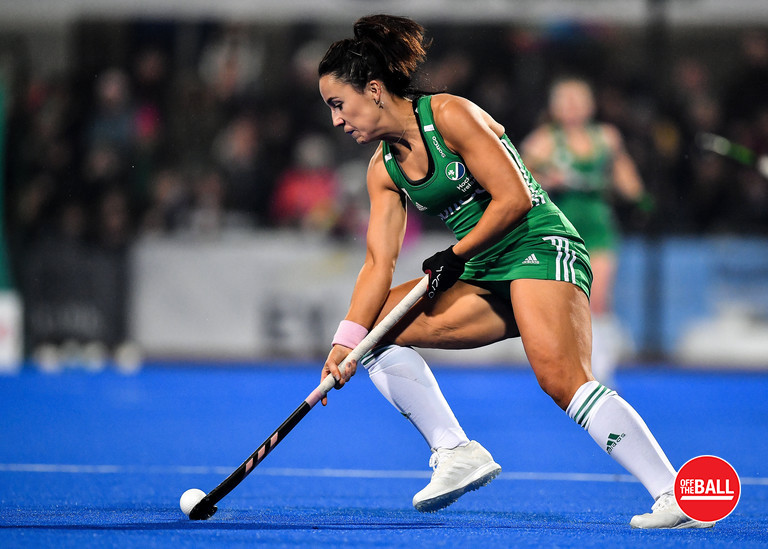 3 November 2019; Anna OFlanagan of Ireland during the FIH Women's Olympic Qualifier match between Ireland and Canada at Energia Park in Dublin. Photo by Brendan Moran/Sportsfile

After a few weeks, the call on its postponement was made. However, it left the players more in the dark than ever.

“They didn’t actually set a date for another few weeks. We didn’t know whether it was going to be this side of Christmas or in the New Year perhaps. There was a lot of toing and froing, trying to keep training but not really sure what you were training for or when you were training for.”

This time was not completely wasted, though, as it provided a unique opportunity that most athletes don’t encounter unless injured. “You don’t often get a few months where you don’t have to play the game or you don’t have to focus really on your actual on-pitch performance, you can just focus on everything off the pitch.”

This ‘time-off’ also allowed for a period of reflection for the Irish women’s hockey team; a team that has been a pioneer in showing the strength of women’s sport in Ireland.

“I think COVID, while it brought so many difficulties, it did kind of give us that chance to reflect back on what we have achieved and the things we have done for the sport and also for female athletes around the country. COVID has given us that chance for that to sink in and for us to really realise the platform we have”.

Despite their successes, O’Flanagan and her team are not devoid of the issues faced by female athletes in Ireland. “It's still not easy, we’re not plain sailing by any stretch of the imagination. We still had, as a team, financial difficulties this year. Individually, we’re still trying to get by every day. It is upsetting and frustrating at times when you might compare certain set-ups or what other people are getting and what you’re trying to do, especially with how much you’ve achieved.”

Regardless, she is still hopeful for a more equal future for elite sports teams in this country. “Going forward, I’d like to see a women’s team, like some of the rugby teams, where they don’t have these concerns, worries and strains that can really affect your performance”.

With the successes of the 20x20 campaign and the progress already made by teams like O'Flanagan’s, it will hopefully come sooner rather than later. “The support is there, but we always need more. It’s never enough to just settle for what we’ve got, we’ve got to keep pushing.”

Aware of what they have already achieved, O'Flanagan and the Irish women’s hockey team are now pushing to do even more, to leave something greater behind them.