If an image online is to be believed, Line Of Duty season 5 hits Netflix next month.

The below screen shot from Twitter claims the show's most recent season will be available to stream from Monday 5th October. 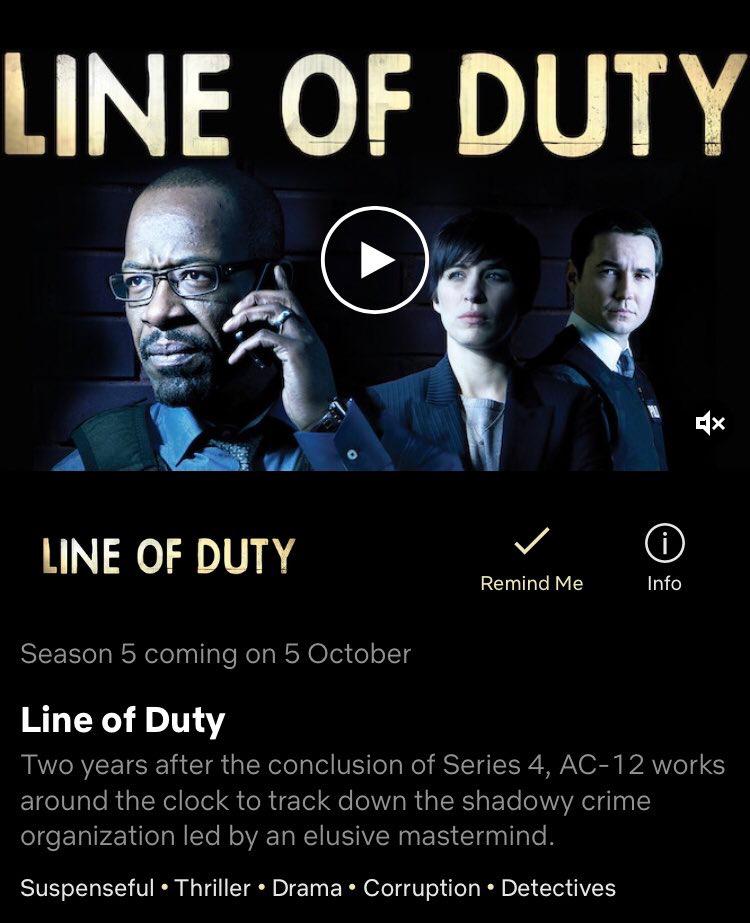 Stephen Graham, Anna Maxwell Martin, and Rochenda Sandall joined the cast for the biggest season of the show to date.

The final episode was the BBC's most-watched programme of the year.

Meanwhile, shooting on season 6 has finally resumed after a five-month break.

Creator Jed Mercurio has been tweeting lots of photos from set, getting fans excited for the forthcoming episodes.

When I took this photo I was careful to keep the inmate opposite ⁦@martin_compston⁩ hidden but you can just about see an out-of-focus image on the camera monitor. Clue: it’s not Julia Montague. pic.twitter.com/rb7xdv8ybo

Martin Compston, the man behind Steve Arnott, has said the cast and crew are working towards a Christmas wrap date.

In the meantime, Line Of Duty seasons 1-4 are streaming on Netflix now.