Clash for Tipperary dual players avoided by change of fixtures

Tipperary dual players Orla O'Dwyer and Roisin Howard now won't have to pick which team to represent this Sunday afternoon.

Earlier this afternoon the scheduling of the Lidl Ladies Football League Division One relegation playoff created a fixtures clash for the duo, who are also due to play in a Littlewoods Camogie Division One semi-final.

The Premier will face All-Ireland champions Kilkenny at Nowlan Park at 1pm in the camogie semis while the ladies football relegation final with Westmeath was fixed for 2pm in Banagher on the same day.

But OTB Sports understands that the relegation playoff will now be played on Saturday, which will allow Howard and AFL Premiership winner O'Dwyer to participate in both games.

In April, 81% of delegates at camogie's national congress voted to “endeavour to facilitate as far as practical the dual player” in partnership with the LGFA.

Meanwhile Tuam Stadium has been confirmed as the venue for the Division One Ladies Football last four match between Donegal and 2019 champions Cork on Saturday, with the game set to be broadcast on TG4.

Reigning All-Ireland champions Dublin will play Mayo at 5.15pm, the venue is yet to be confirmed. 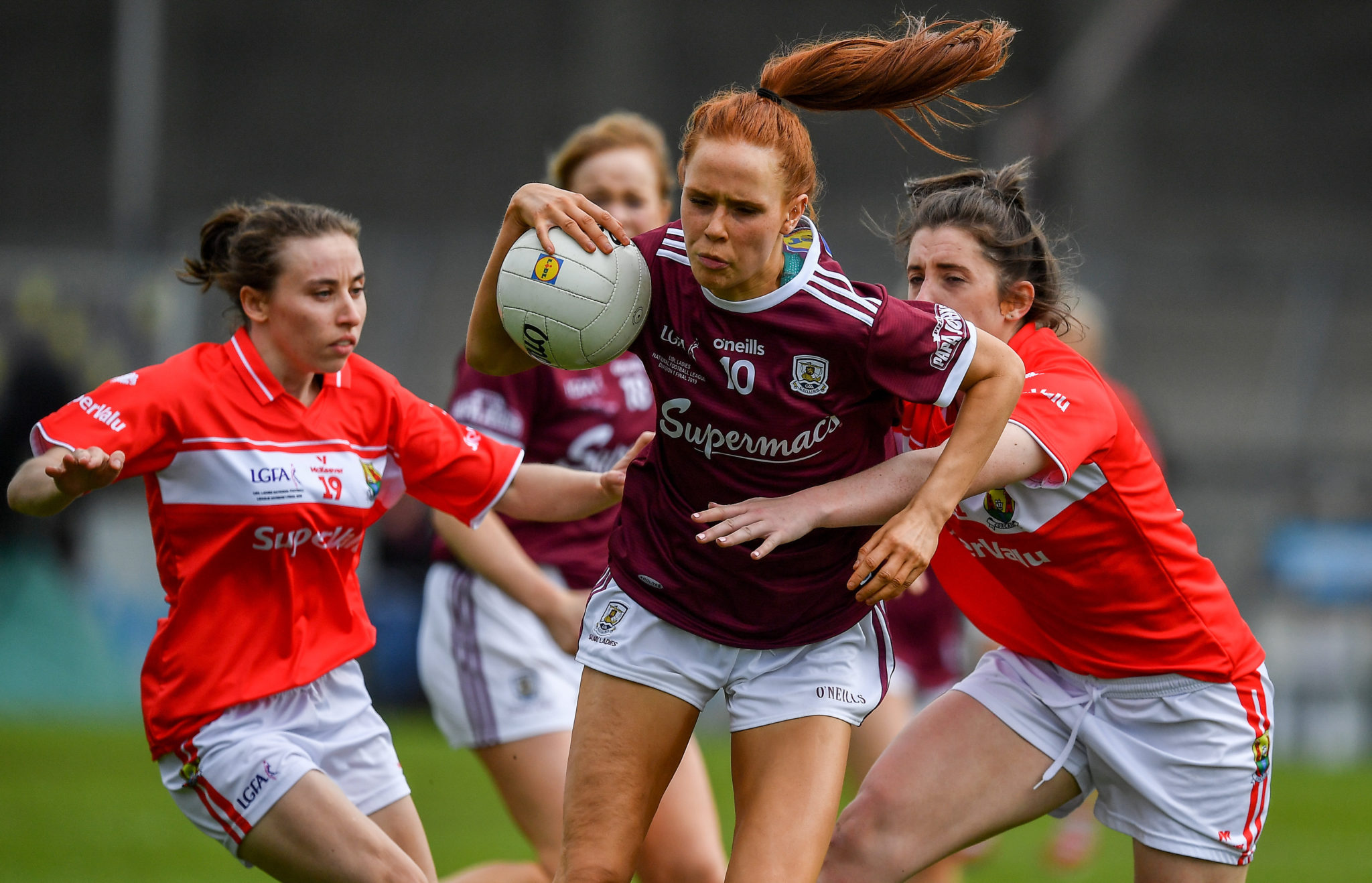 5 May 2019; Olivia Divilly of Galway in action against Melissa Duggan and Ciara O'Sullivan of Cork during the Lidl Ladies National Football League Division 1 Final match between Cork and Galway at Parnell Park in Dublin. Photo by Brendan Moran/Sportsfile