Trainer Gordon Elliott has issued an upbeat report on the recovery of Tiger Roll.

The back-to-back Grand National winner required a chip to be removed from a joint earlier this month.

Speaking at the time, Gigginstown manager Eddie O'Leary felt the best-case scenario for Tiger Roll's return was the Grade 2 Boyne Hurdle at Navan in February.

Elliott says that remains the goal, albeit a moveable one, "Obviously that's where we'd love to go", he told Racing TV's Mike Vince, "but if he doesn't get there there's a fair chance he could go to straight to Cheltenham for a cross-country race".

The Longwood-based trainer says it will be another week or so before Tiger Roll's recovery can begin in earnest, "The procedure he had went well.

"He's in box-rest until Friday-week (December 6), then the bandage comes off him and he gets back walking.

"He was in full fitness and almost ready to run nearly when it happened.

"It's not ideal, but if it happened in January in February it would be a lot worse." 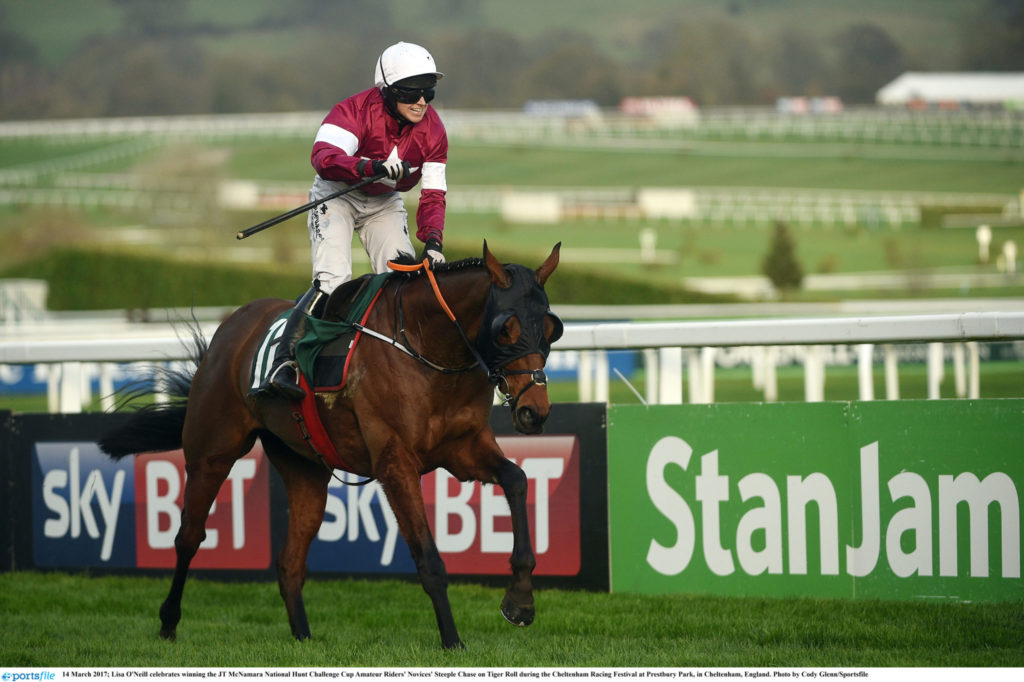 Tiger Roll's last outing was that Grand National victory in April, and just the third of 2019.

Gigginstown owner Michael O'Leary previously rated the chance of a hat-trick attempt at Aintree as "slim and none", but it's not a view shared by Elliott, "No listen, the Randox Grand National is the plan.

"Obviously Michael O'Leary owns the horse - he'll make the final decision - but in my mind this is the race we've been training him for since last year".

"It's just how much the weights are compressed"

"We're almost certain that he's going to have 11st 10lbs, or whatever top weight is. He carried 11st 5lbs last year.

"Would he have won with 5lb more last year? He probably would. If he's 5lb more we'd be happy."

Willie Mullins | Energumene out of Cheltenham with setback