There were a number of games across both codes that took place this afternoon in the Allianz Leagues, with Wexford holding off a Kilkenny comeback in the second half to take the points in the south-east.

Davy Fitzgerald's side were two-point winners at Chadwicks Wexford Park, to extend their unbeaten run against Brian Cody's side to six games.

It was a repeat of last year's Leinster final, while Kilkenny had been aiming for their first win over their old rivals since the first round of the Leinster senior championship in 2018.

The conditions played a big part, with Wexford having led by seven points at the interval, 1-10 to 0-6, before they weathered a Kilkenny comeback in the second half to ultimately prevail on a 1-16 to 1-14 scoreline. 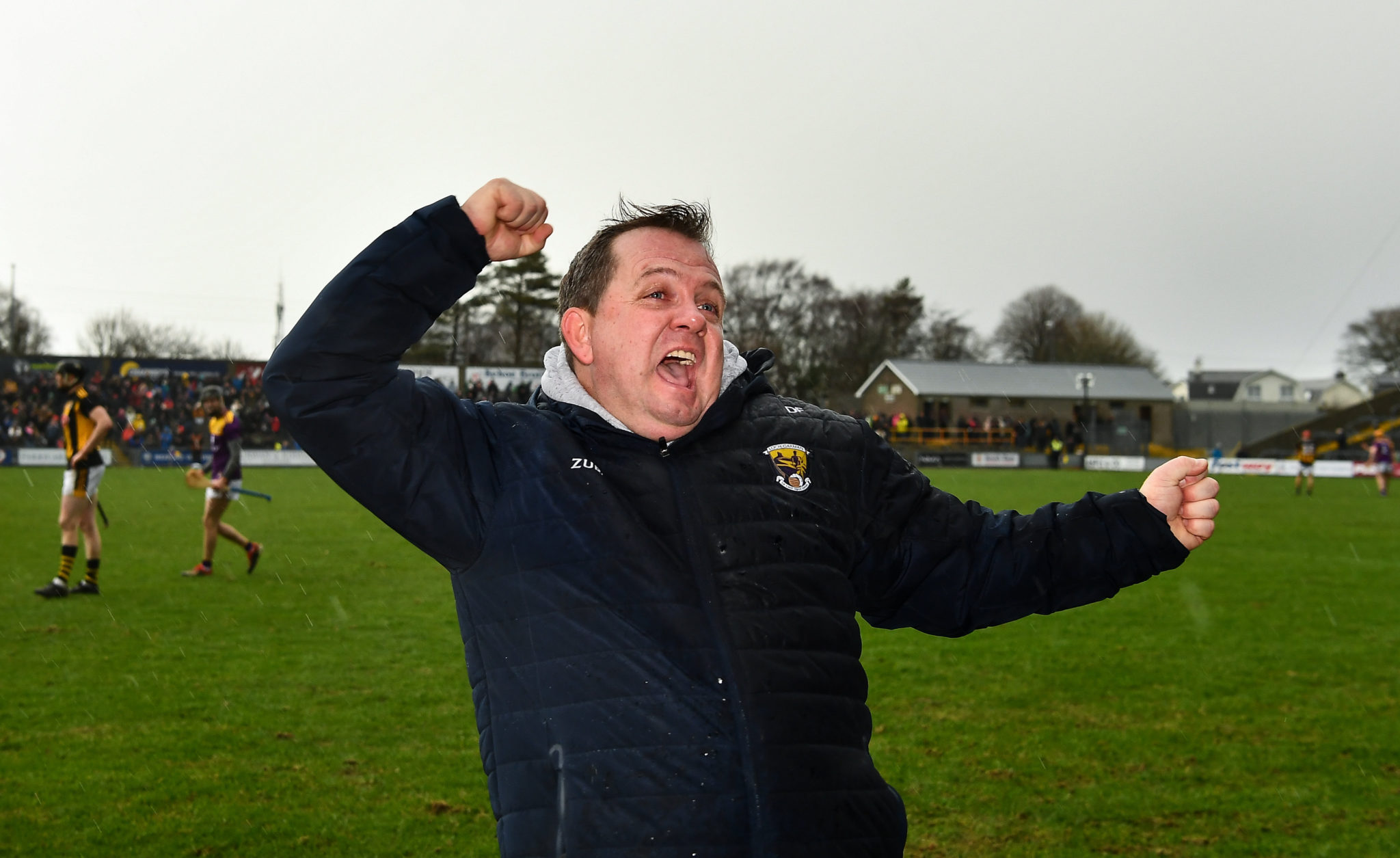 16 February 2020; Wexford manager Davy Fitzgerald celebrates at the final whistle of the Allianz Hurling League Division 1 Group B Round 3 match between Wexford and Kilkenny at Chadwicks Wexford Park in Wexford. Photo by Ray McManus/Sportsfile

Patrick Horgan scored a brace of goals as Cork landed a five-point win over Westmeath in Mullingar. Allan Devine was in top form for the Lake County from placed balls, scoring eight in all, as Westmeath outscored a more experienced Cork side in terms of points.

There was no surprise in Ennis, as Clare ultimately saw off Laois by 0-17 to 0-9 at Cusack Park. Horrific weather conditions took away from the spectacle somewhat, with the Banner 0-9 to 0-4 up at half-time.

In the football, Cavan were too strong for Laois in Portlaoise, in a Division Two game re-arranged from last weekend. Stephen Murray scored the Breffni's third goal from play in injury time, with the result never really in doubt.

Offaly held off a spirited fightback from hosts Louth in Drogheda to win by three points in Division Three, while in an earlier throw-in in Aughrim, Wicklow were five-point winners over Sligo.

After pitch inspections this morning, a number of games fell foul to the poor weather conditions brought about by Storm Dennis.

The Allianz Hurling Leagues Division 1 clash between Limerick and Waterford was postponed due to high winds around the LIT Gaelic Grounds.

Tipperary's visit to Galway was also called off for the same reason, with re-fixture details expected from the CCCC early next week.

Some of today's hurling games were called off as early as yesterday - Offaly versus Antrim in Division 2A, Kildare's Division 2B visit to Derry, and Fermanagh against Sligo in Division 3B.

Longford inter-county footballer to sit out match as coronavirus precaution