A superb performance with bat and ball by Simi Singh helped Ireland to a comprehensive 112-run win over UAE today to square the truncated series 1-1.

Singh and Curtis Campher both scored brilliant maiden half-centuries and the former followed that with a maiden five wicket haul in a one-day international.

The off-spinning all-rounder first starred with the bat, striking an unbeaten 57-ball 54 – his first ODI fifty – before running through the hosts’ batting line-up with an exceptional haul of 5-10, his maiden ODI five-for.

Such a monstrous victory seemed unlikely in the early stages of the matches, after Ireland were reduced to 10-3 inside the first five overs; Zahoor Khan’s new-ball burst accounted for skipper Andrew Balbirnie and Paul Stirling, while Kashif Daud removed Kevin O’Brien for 2.

Harry Tector and Lorcan Tucker led a recovery with a vital 72-run partnership, but both fell with Ireland yet to put up three figures on the board. 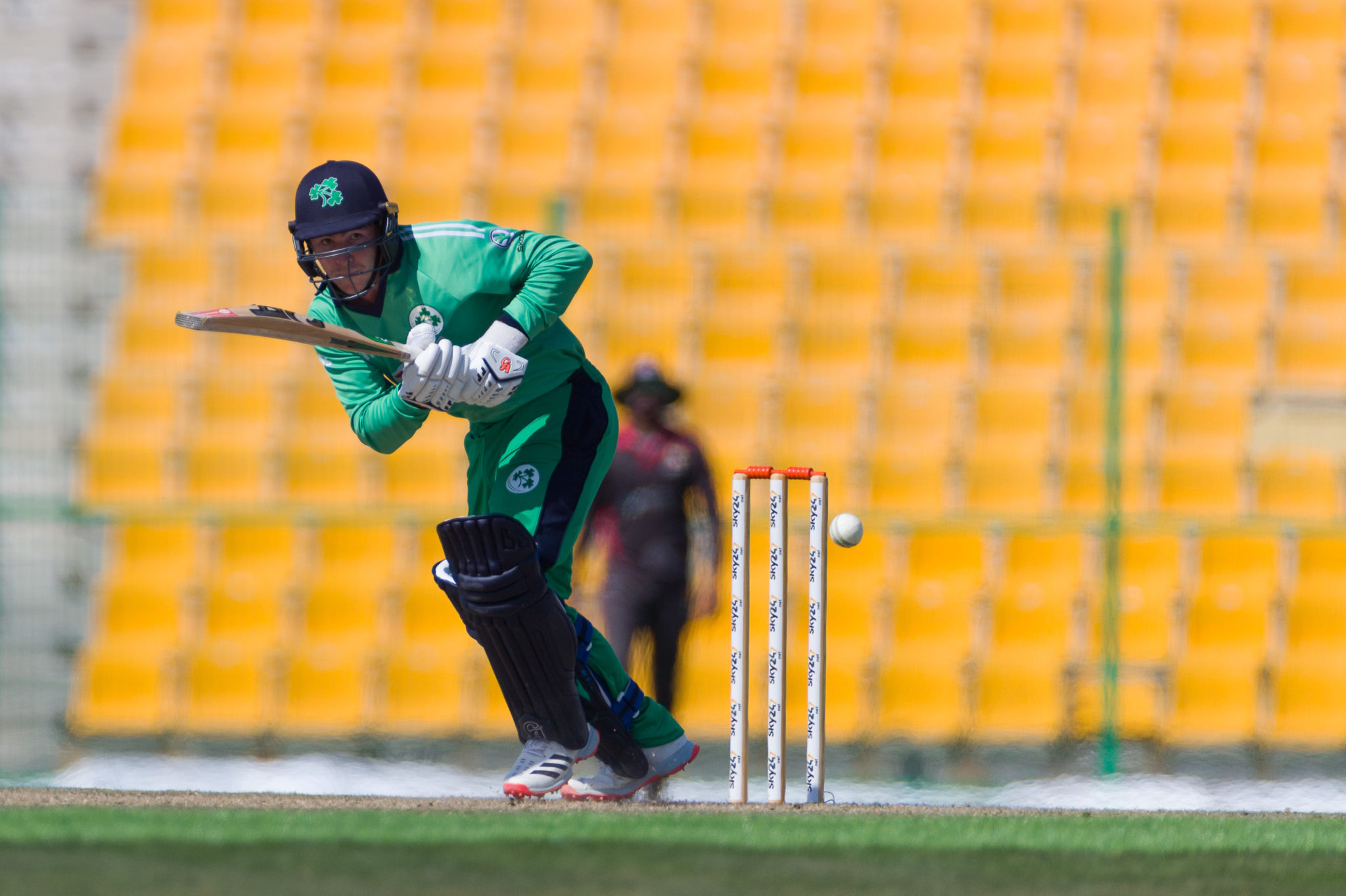 Nonetheless, Campher continued his remarkable start to life in international cricket, joining Singh for 91-run partnership and working his way to a third-half century in just his fourth ODI innings.

At the other end Singh made his runs rapidly, bringing up his half-century from 56 balls, with his innings including two sixes and two fours. A handy cameo from Gareth Delany (15 off 8) took Ireland to 228-6 from their 50 overs, a strong total considering the blows they’d encountered at the start of the innings.

At 46-0, inside the opening 10 overs, the UAE got off to a bright start through Zawar Farid and Vriitya Aravind, but Singh burst through, pouncing on the mistakes of the batsmen.

He took out the UAE’s top three in almost identical fashion: on all three occasions, the batsmen looked to go big on the leg-side but holed out, with Singh’s blows leaving them on 50-3.

It was soon 51-4 when Basil Hameed’s attempted cut resulted in an edge that Tucker held on to behind the stumps. In the 22nd over, Singh took his and Ireland’s fifth, getting the ball to straighten from around the wicket to leave Muhammad Usman leg before wicket.

From there, the supporting cast went to work, with O’Brien, Andy McBrine and Delany all picking up a wicket each, while a couple of run-outs helped Ireland bowl the UAE out for just 116.

The next international fixtures, which will be played at the Zayed Cricket Stadium in Abu Dhabi, are:

OTB AM | Former international Alan Quinlan surveyed Ireland's back row options ahead of the 2021 Six Nations.