Unbeaten Michael Conlan says his kids are finding social distancing at home quite difficult, especially when it comes to not being able to see their grandparents.

"I'm here at home with my family, which is the most important thing. I'm healthy and trying to social distance as much as possible.

"It seems like the world's gone crazy and we don't want to be around any people to catch this virus or pass it on.

"It's a bit tough, we've being on going on walks and stuff, trying to get out and have a bit of exercise. 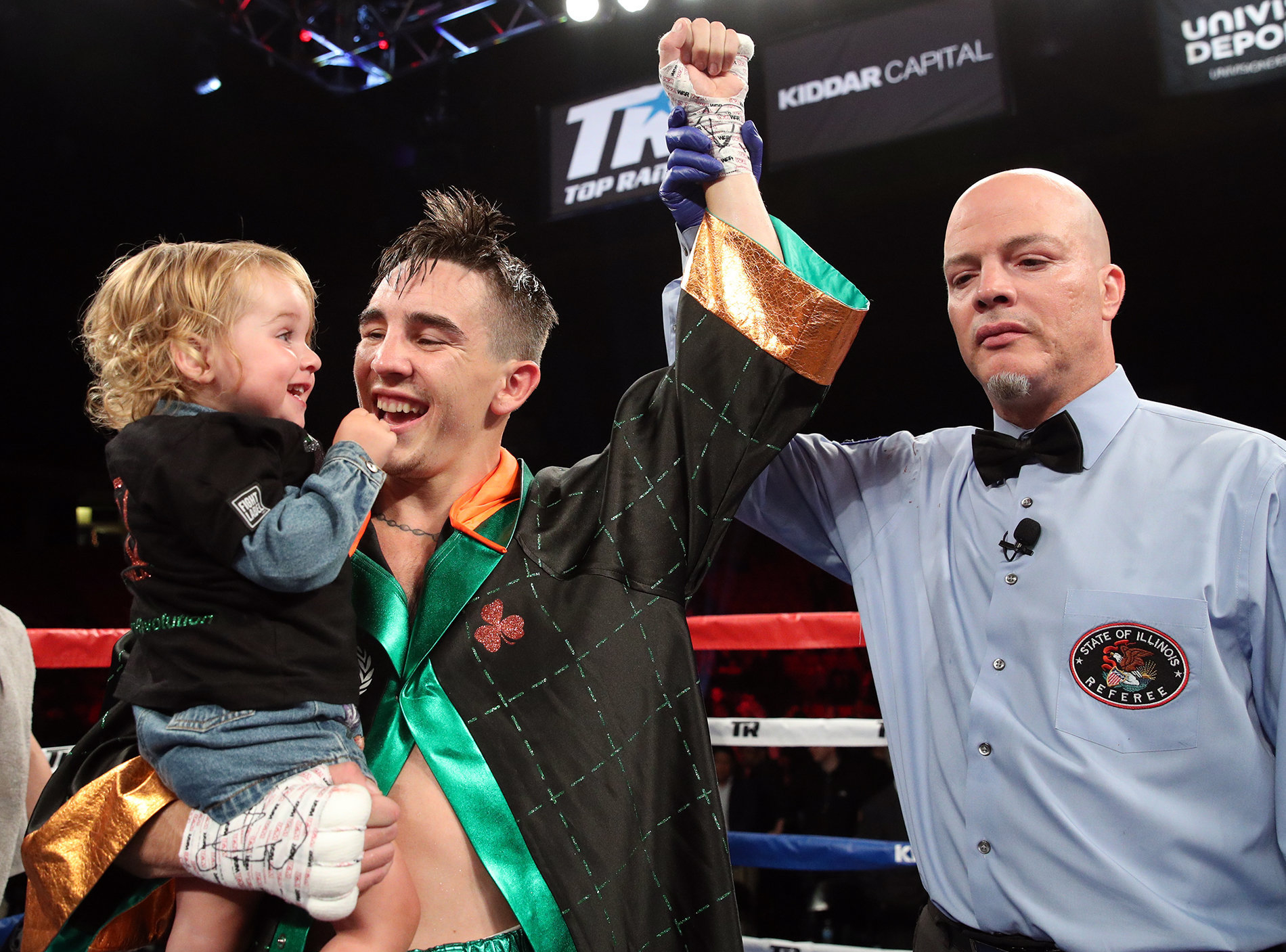 26 May 2017; Michael Conlan celebrates with his daughter Luisne after winning his bout against Alfredo Chanez at the UIC Pavilion in Chicago, USA. Photo by Mikey Williams/Top Rank/Sportsfile

"It's actually really nice to see and do, to get out with your family and be present - when I'm training it feels like I'm always on the go, I don't spend enough time with them when I'm training.

"They're a bit melted being in the house! My daughter is actually five today and she's finding it hard to understand why she can't go and see her granny and granda.

"It's crazy but it's the times we're living in, I suppose we have to just get on with it."

Conlan says this kind of lock-down at home is quite different from the training camps he undergoes in the build-up to a big fight.

"When I'm in lock-down I'll sit on my phone, I'll eat my meals... although it's much better because I can eat what I want [now]! I'll watch my boxsets and just train, it's no bother to me.

"I have a gym in my garage... I find myself just enjoying training, not training for the sake of a fight, I'm just training. I haven't enjoyed that in a long time."

The 28-year-old Belfast native says there are certain shows he would recommend to anyone looking for something new on the box over the coming weeks and months.

"I'd watch Gomorrah. It's an Italian, gangster-type series which is kinda loosely based on facts. It's just really entertaining... [it's] thrilling, gripping, you have to read subtitles but I'm telling you it's the best show I've watched.

"[There's] obviously The Sopranos and The Wire and stuff, but that's what I'll be choosing.

"What I'm watching at the minute is a wee show on Amazon Prime called Hunters, very, very good. Al Pacino is in it, ten episodes in the series.

"It's about these Jewish people after the War in America, who hunt and kill Nazis living in America. It's very good."