The organisers of the Guinness PRO14 have set Saturday, 22 August as the date to restart the 2019/20 season but some games will have to be cut.

The action will get back underway with rounds of derby games in each territory that will count towards final positions and determine which teams qualify to play in the semi-finals.

The date was chosen at a PRO14 board meeting on Tuesday of last week when it was also decided that they would have to cut the regular season from 21 game rounds to 15.

Games postponed prior to the indefinite suspension will be deemed 0-0 draws which PRO14 Rugby stated in February.

The IRFU have already pencilled in the Irish inter-provincal derby clashes for the 22 & 23 August at the Aviva Stadium.

The season will be concluded across four consecutive weekends with the Guinness PRO14 Final targeted for Saturday, 12 September.

Before the decider the top two teams from each conference will meet in the semi-finals on Saturday, 5 Septemeber.

An indefinite suspension of match action was announced in March after which the tournament team worked alongside key medical personnel at unions and clubs as well as key stakeholders such as World Rugby to map out a return to action.

Today's official statement reads: "With rigorous protocols outlined for training, game-day logistics and match play, PRO14 Rugby is confident that proposals submitted by our unions to governments across the UK, Ireland, Italy and South Africa will allow our teams get back on the pitch.

"Discussions around these proposals will be on-going between each union and their respective governments."

The postponed Round 13 fixtures Zebre Rugby Club v Ospreys and Benetton Rugby v Ulster have now been deemed 0-0 draws and all four teams will have two points added to their totals as a result. 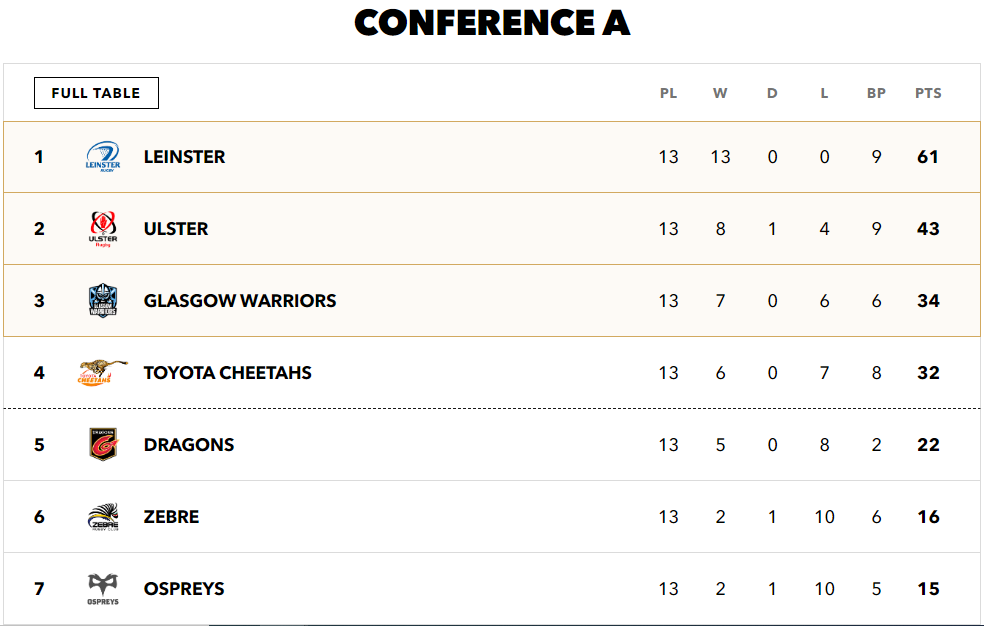 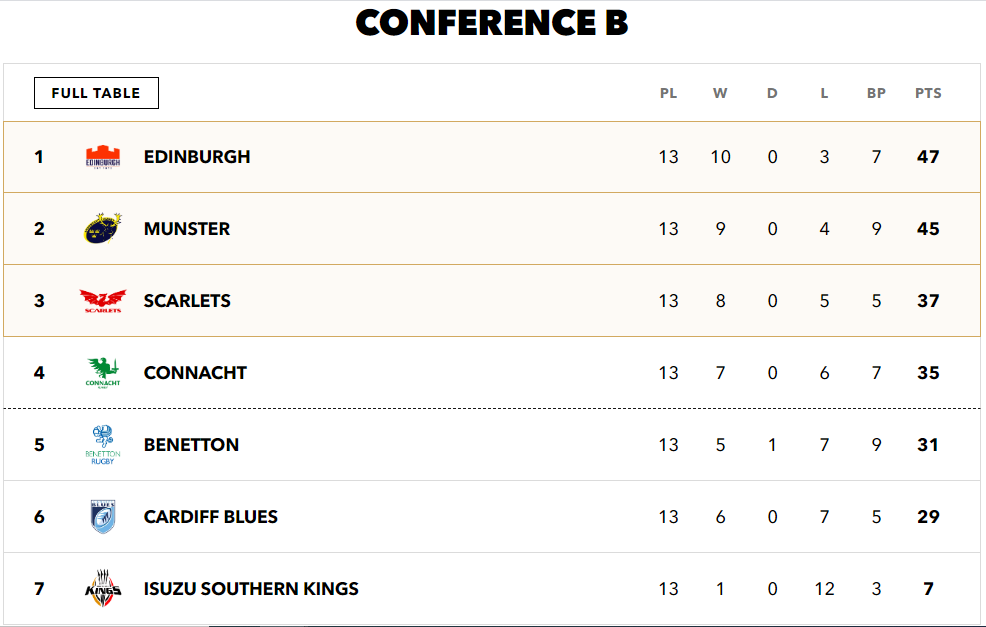 Derby rounds in Italy, Scotland and South Africa will see the two teams from each territory play back-to-back fixtures.

As with the Irish interpros, the matches in Wales have yet to be confirmed and will be announced in line with kick-off times and broadcast selections.

The two teams which finish top of their conferences will qualify for a semi-final stage in order to compete for places in the Final.

PRO14 Rugby will consider the latest information in the territories that knock-out games could take place before making a final decision on the venue(s).

David Jordan, Tournament Director of the Guinness PRO14, said: "Safety has been, and will continue to be, the highest priority as we look to activate our plans to restart the 2019/20 season.

"We are very fortunate to be in a position where everyone involved is confident that we can conclude the season on the field of play.

"The work and diligence of our leading medical personnel at our unions, our clubs, World Rugby and key stakeholders to get us to this point has been immense.
"Operating across five territories often brings different complexities to the Guinness PRO14 but our unions have worked hard to bring proposals to their governments so we may put plans into action."

When venues across all five territories are agreed upon, consultations will begin with broadcast partners and all key stakeholders around suitable kick-off times.

The respective unions involved in the Guinness PRO14 are in continued discussion with their relative authorities and governments regarding travel protocols and protective measures.

Health and safety protocols in relation to Covid-19

An overview of all the health and safety protocols and protective measures that will be put in place to prevent and mitigate the threat of Covid-19 will be published in due course.

At that time tournament representatives will be made available to the media.

PRO14 Rugby has agreed that rankings for European qualification for the 2020/21 season will be decided on the Conference table positions from Round 13.

This will include the points awarded to teams whose postponed games in Round 13 have been deemed 0-0 draws. Once the competition formats for the 2020/21 season have been announced by EPCR then PRO14 Rugby will confirm its qualifying teams for the Heineken Champions Cup.

Planning for the 2020/21 Guinness PRO14 season has begun, October 3 has been identified as the provisional date for Round 1