Garry Ringrose returns to the Leinster team to face Munster, who are able to include Peter O'Mahony in their starting 15.

The inaugural Rainbow Cup kicks off on Friday night before Leinster and Munster meet at the RDS on Saturday.

Ringrose will captain the Leinster side after recovering from an ankle injury.

Jordan Larmour is selected at full-back, with Dave Kearney on the right-wing and James Lowe on the left.

Rory O’Loughlin moves to the number 12 jersey, with Ringrose outside him.

In the half-backs, Hugh O’Sullivan starts at scrumhalf with Harry Byrne at outhalf.

In the pack, Ed Byrne, Dan Sheehan and Andrew Porter form the front row, with Ross Molony and Ryan Baird named in the second row.

The back row sees Josh Murphy and Scott Penny on the flanks and the fit-again Caelan Doris at number eight.

James Ryan is named among the replacements after recovering from injury, while Academy scrumhalf Cormac Foley is in line to make his debut and become the 58th player to represent the Leo Cullen's side this season. 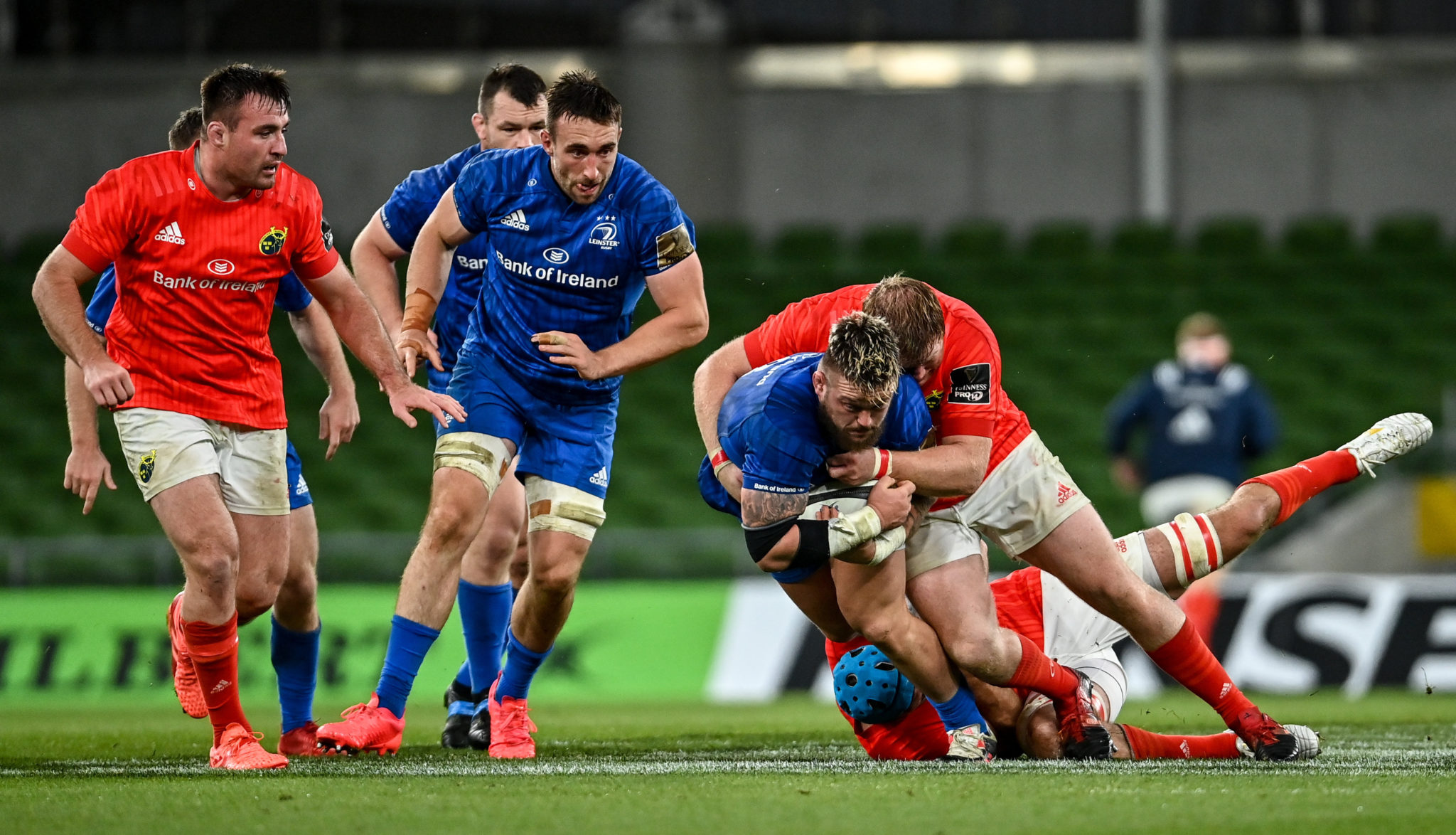 Johann van Graan has made seven changes from the defeat to Toulouse in the Champions Cup last time out.

Mike Haley starts at full-back with Keith Earls and Daly on either wing.

Damian de Allende and Chris Farrell form the centre partnership with Conor Murray and Joey Carbery in the half-backs.

Dave Kilcoyne, Niall Scannell and Stephen Archer pack down in the front row with Jean Kleyn and Tadhg Beirne in the engine room.