Stephen Kenny insists that the comings and goings of Irish players in the transfer market this week have not caused his team any distraction.

The Republic of Ireland manager is gearing up for his first game in charge, away to Bulgaria in the UEFA Nations League on Thursday night.

Matt Doherty made the switch from Wolves to Tottenham at the weekend, a few days after free agent Jeff Hendrick was snapped up by Newcastle United. Today Celtic announced that they have signed centre-back Shane Duffy on a one year loan deal from Brighton and Kenny believes the Hoops have got themselves a very accomplished defender.

"It's not really [a distraction]. I think that's been going on for a couple of weeks with Shane. There's been a lot of interest in Shane and rightly so," said Kenny.

"He's such a commanding presence as a centre-back and he has such stature in both boxes. There's been a lot of interest and his decision has been to go to Celtic so we certainly wish him well with that." 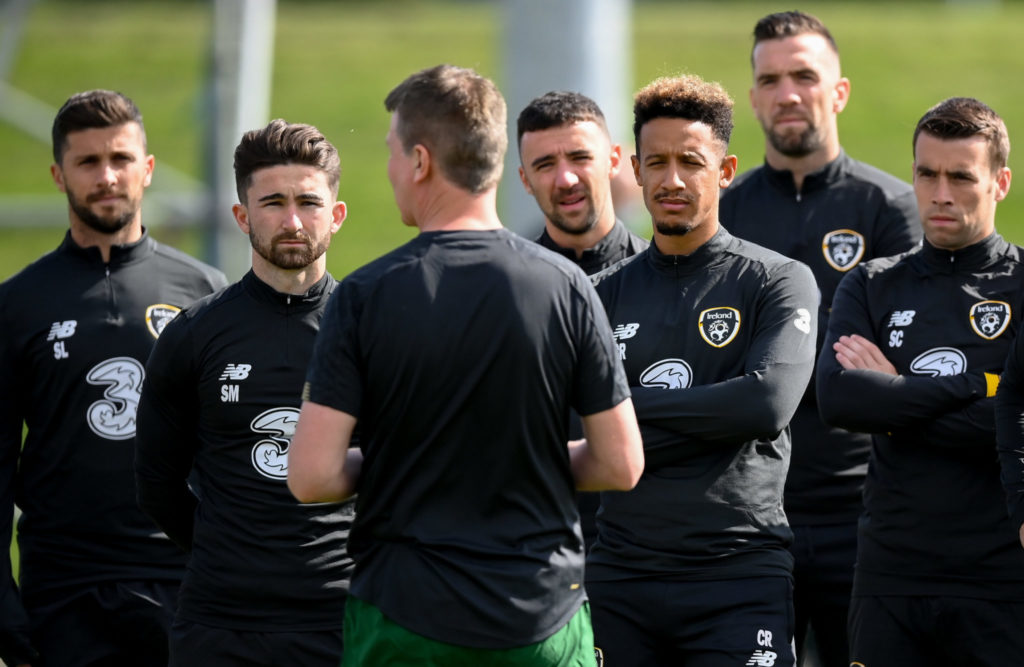 Duffy is one of the elder lemons in Kenny's squad which has had a major injection of some fresh blood with the likes of Adam Idah, Dara O'Shea, Jayson Molumby and Caoimhin Kelleher coming in to join their old under-21 team-mate Aaron Connolly who made the step up in  the latter stages of former boss Mick McCarthy's reign.

Kenny has a job on his hands attempting to make it all gel on the pitch in such a short space of time but off the pitch, he has been pleased with how the players have come together.

"There has been a lot of changes, radical change from the last squad but the majority of the players in the squad, they seem like great people so I wouldn't take any great credit for bonding with the group," said Kenny.

"I think there's a lot of really good people in the squad, a lot of humility. I think that's very evident. All the members of staff have commented on that and on the players, there's great humility in this group of players."

And with all the good will from outside the squad, comes expectation but the Irish manager smiles wryly at that suggestion.

"You don't mind that, that's ok, I'm comfortable with that," Kenny added.

Callum O'Dowda out of Ireland's clash with Bulgaria

"We must bear the criticism" - Bulgaria coach also feeling heat