Ireland's World Cup qualifier with Georgia pushed back until 2022

The start of the Republic of Ireland's Women's World Cup qualifying campaign has been delayed.

Their Group A game with Georgia - originally scheduled for September 17 - has been pushed back until June of 2022.

Vera Pauw's side were due to travel to Tbilisi for the game next week, but travel restrictions have put paid to those plans.

As Georgia is on the UK's 'red' travel list, it would have meant that the English-based contingent in the squad would be forced to isolate for ten days after they returned to their clubs. 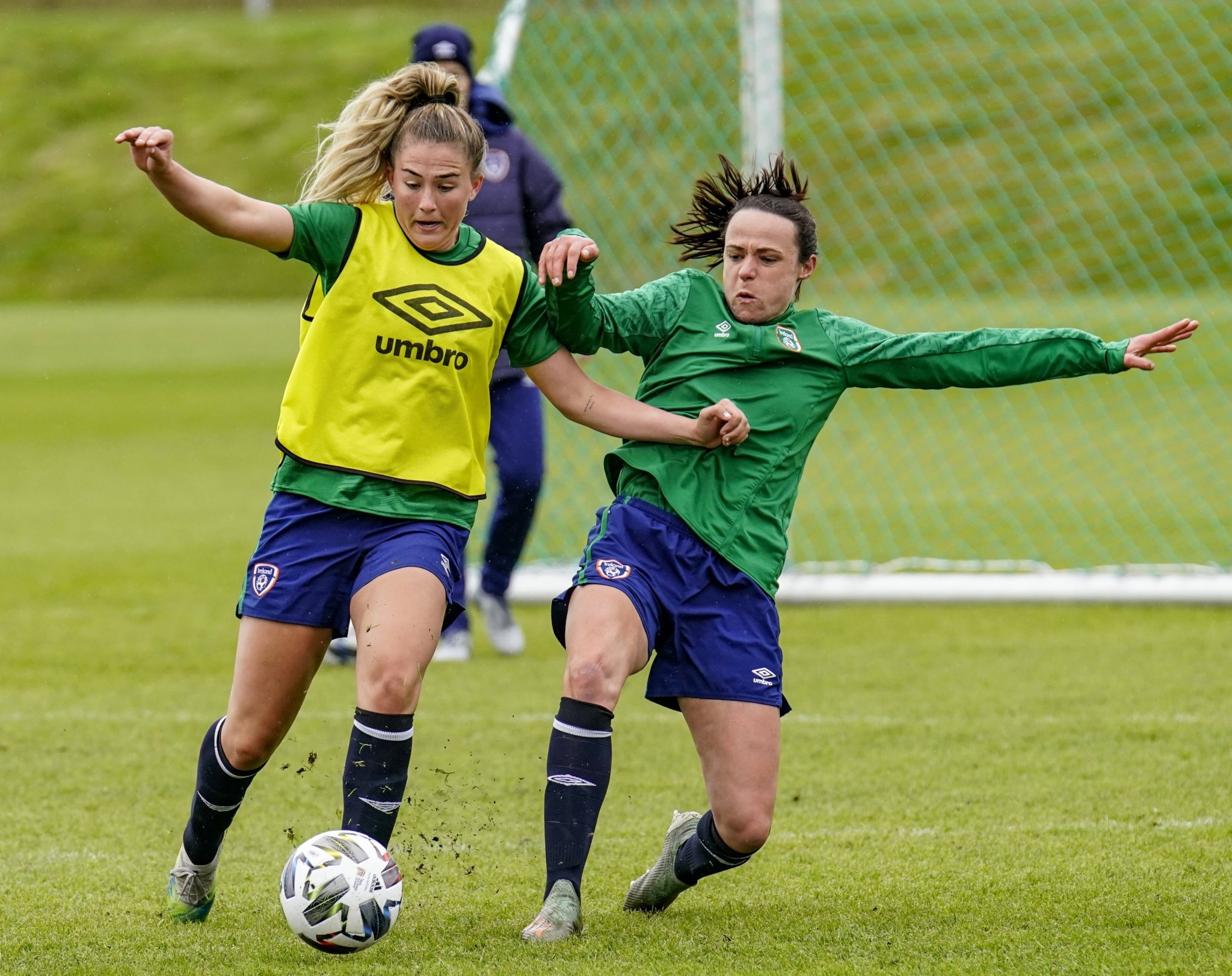 13 June 2021; Aoife Colvill, left, and Áine O'Gorman during a Republic of Ireland training session at Laugardalsvollur in Reykjavik, Iceland. Photo by Eythor Arnason/Sportsfile

The FAI submitted a request to the Georgian Football Federation and UEFA to change the fixture, and it has been deferred until next summer.

It means Ireland's first World Cup qualifier will come with the visit of Sweden to Tallaght Stadium on October 21.

Ireland still have a friendly with Australia scheduled for Tallaght on Tuesday, September 21 and Pauw will reveal her squad for that game on Thursday.

The remainder of the year remains busy for the Irish side, with home qualifiers against Slovakia (November 25) and Georgia (November 30) to come after an October 26 trip to Finland.