The Republic of Ireland squad flew out to Sofia on Tuesday afternoon after none of the squad tested positive for COVID-19.

Stephen Kenny's charges are bound for Bulgaria after being given dispensation to travel to a country not currently on Ireland's 'green list'. They're operating in what the FAI are calling a "UEFA bubble".

Thursday's UEFA Nations League game with Bulgaria is Kenny's first in charge of the team, and comes three-days before the visit of Finland to the Aviva.

"This latest round of negative results is very welcome," said FAI Medical Director, Dr. Alan Byrne, "We have adhered to all HSE and UEFA guidelines and we again thank the Government for their support to allow us to compete in the UEFA Nations League this week."

For a player like Adam Idah, it's his first trip away with the senior squad. 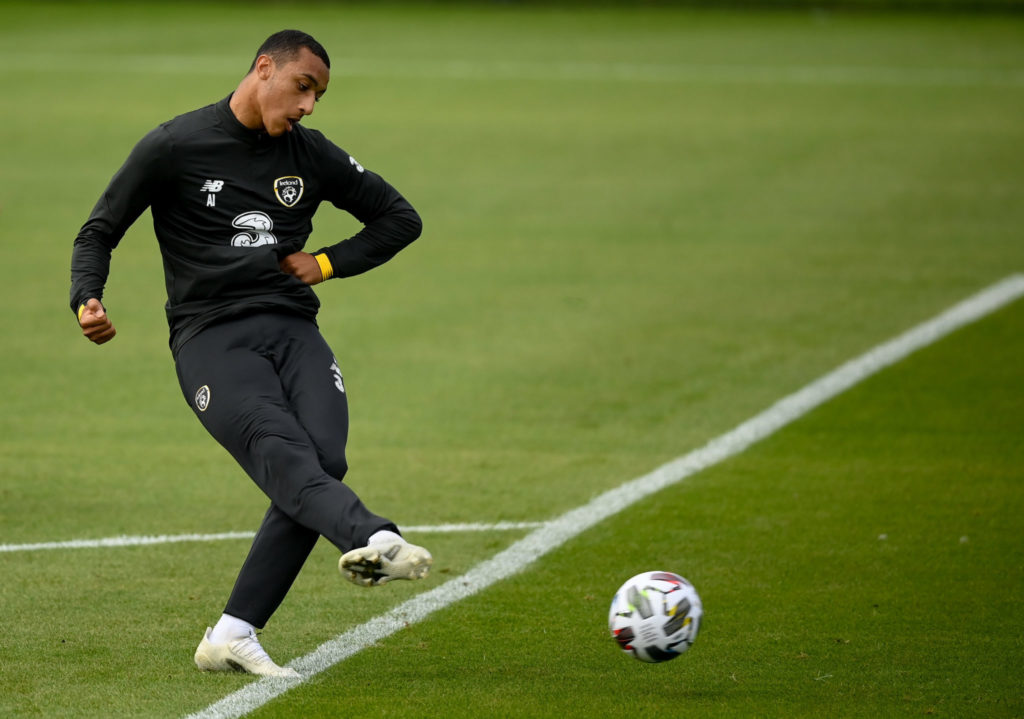 Like Kenny, the Norwich City striker has made the step up from the U21 set-up.

"Obviously I've worked with Stephen on the U21s for that last season. He's been great to me," Idah said, "I know Stephen has spoken to me a few times, but I just have to keep working hard.

"Every time I get the opportunity with Norwich I just have to give it my all.

"There is a great team in this Irish team, so I just have to do my best, to be honest. There's no favouritism between Stephen and myself. I just have to keep working hard and keep focused."

Idah says there's been no difference in Kenny's approach since making that progression from the U21s, "He told us the same stuff: just play with confidence.

"[He] gives us that freedom to go and play in our roles. All the boys are delighted to have him in."