Republic of Ireland manager Mick McCarthy was pleased with the performance of Troy Parrott on his senior international debut.

The 17-year-old started in the 3-1 friendly international win over New Zealand at the Aviva Stadium.

Troy Parrott naturally said it was a night he won't forget for a while: "I was just delighted to get out there, and walking out in the green jersey in my home town of Dublin was just the best feeling that I have felt.

"I felt like I did well, I had a couple of chances, could have taken them maybe but I felt that I did well."

The Tottenham striker added: "It was unbelievable just to be out there, running around and getting a kick of the ball in my international debut.

"I said during the week, it is about scoring goals and getting assists, and creating chances, so unluckily enough I didn’t get the goal tonight, but I am happy that I came away from the game with an assist (for Sean Maguire)." 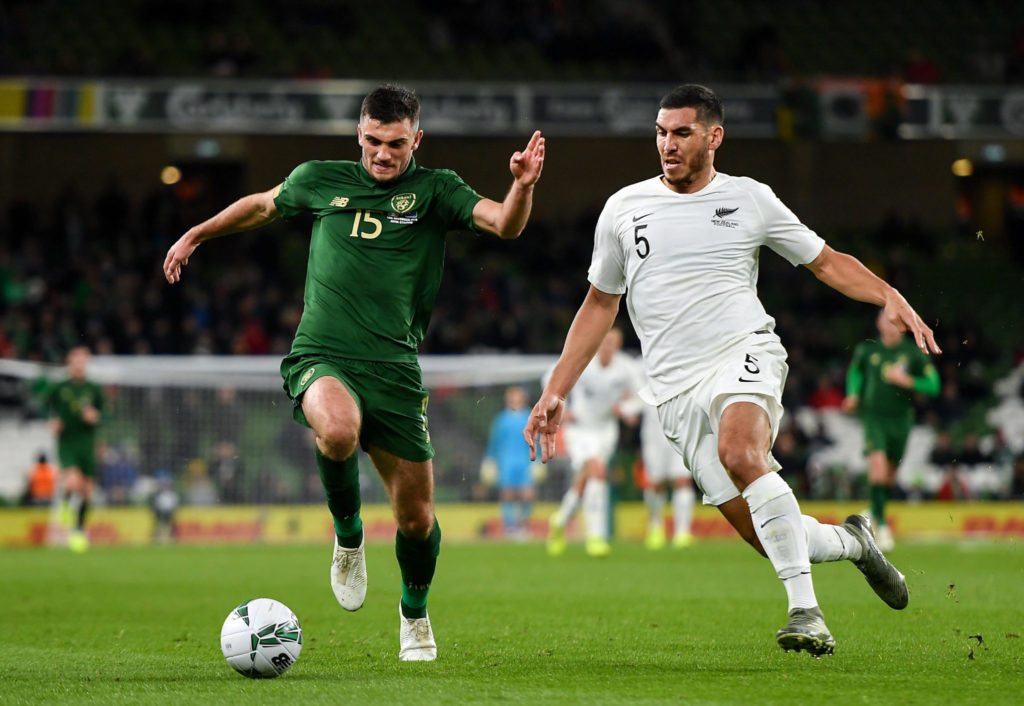 Mick McCarthy was pleased with the performance of the teenager: "Troy did okay, he didn’t set the world on fire, but what he did, I was really pleased with.

"He held it up at times, ran the channels and had a couple of chances."

The Ireland manager believes Parrott has it all, especially confidence: "He stood up and sang last night (Wednesday) and he was double confident, he can sing and all.

"He's confident: stand up and sings, he can play football, good looking. He'll be alright, will Troy."

Attention now turns to Monday night's crucial Euro 2020 qualifier against Denmark. McCarthy will select a completely different starting 11 for the visit of the Danes.

The likes of Sean Maguire, Callum Robinson and Josh Cullen did themselves no harm with their performances.

The Boys in Green know a win on Monday would secure a place in next summer's tournament.