Katie Taylor has hailed the progress made by the Republic of Ireland women's team under Vera Pauw.

The undisputed lightweight boxing champion is a former Ireland international, scoring twice in 11 caps between 2006 and 2009.

Pauw named her squad this week for Ireland's final European Championship Group I qualifier with Germany.

Last month's 1-0 defeat away to Ukraine leaves Ireland facing an uphill task against the Germans on December 1.

They must equal or better the result obtained by Ukraine against Montenegro if they're to reach the playoffs for the 2022 finals.

"I’ve been watching Vera Pauw’s Ireland in their bid to reach the European Championships and they were so unlucky against the Ukraine," Taylor told FAI TV.

"I know they have a big game now against Germany and I wish them well – they have a top class manager and a great assistant in Eileen Gleeson who I played under many years ago."

Taylor was presented with one of the new Republic of Ireland away jerseys by members of the squad ahead of their friendly with England.

"An Irish double at Wembley would be brilliant," the 34-year old said.

"We are all fighters and we will be doing our best to achieve that.

"It was great to see the lads in the same hotel and have a quick 'socially distanced' chat and wish each other luck from our respective bubbles. 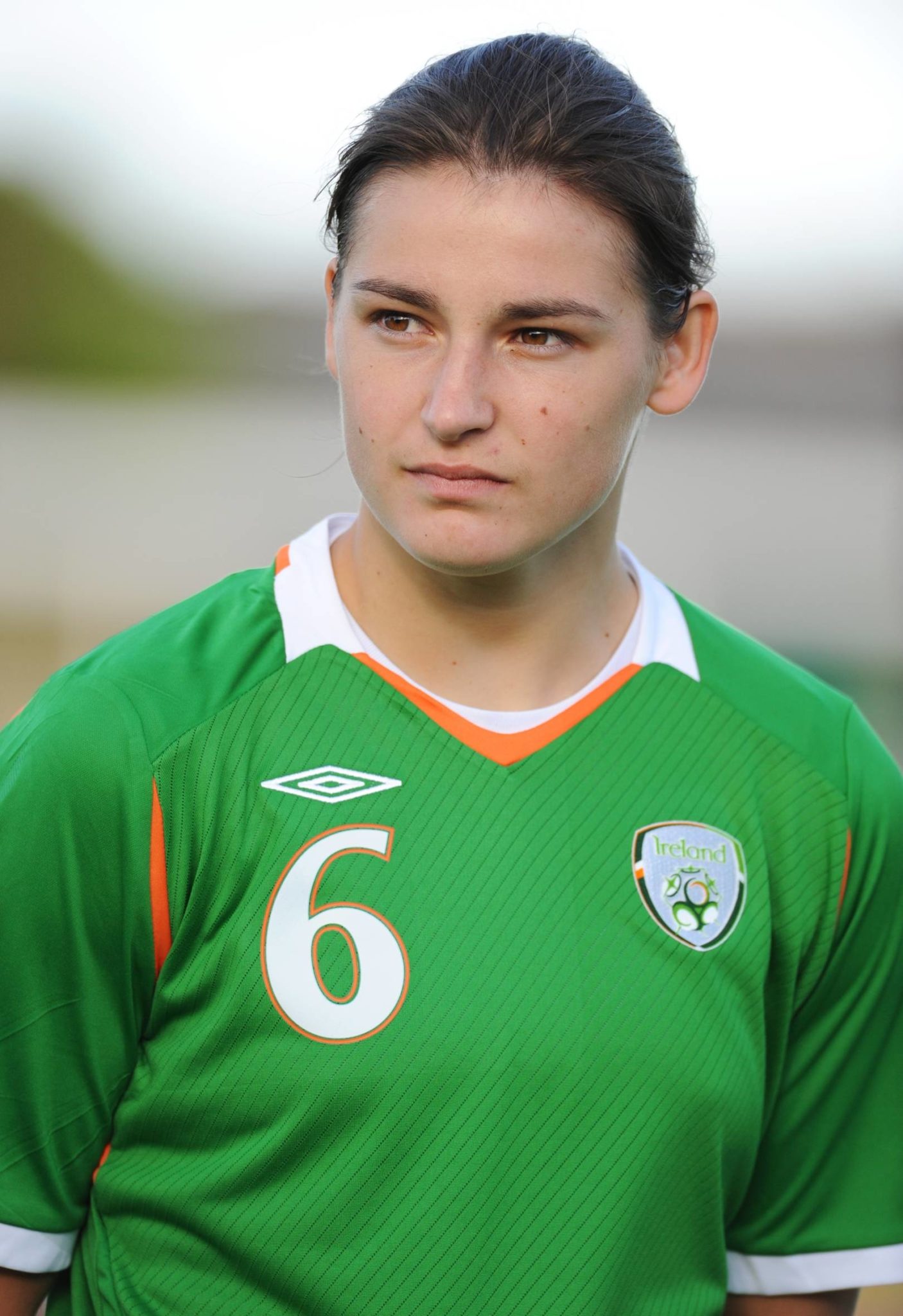 "I’ve always had great support from the team over the years and loved my own days playing in the green jersey. Football has given the country some of our greatest sporting moments over the years and hopefully the lads can kick off an Irish double at Wembley on Thursday night.

"It's a shame of course that we can't have fans right now at sporting events during the pandemic but I know that regardless people will be at home cheering us on and I know that support means a lot to all of us."

Ireland captain Seamus Coleman wished Taylor the best in her fight with Gutierrez, saying she's inspired the current squad on her professional journey.

"Katie's an inspiration to the whole of Ireland," said the Everton full-back, "I'm looking forward to watching the fight. We wish her well this Saturday.”