The 18-year old Wales international is leaving for the Bundesliga in an effort to get first team matches under his belt. Ampadu was limited to pair of FA Cup appearances, and three outings in the Europa League last season.

Leipzig's recent history has seen them nurture a number of young UK talents. Oliver Burke spent the season there in 2016-17 after the Bundesliga side made him Scotland's most expensive ever player at €15m.

Ademola Lookman spent six-months on loan there from Everton and is reportedly poised for a permanent return this summer. And Arsenal midfielder Emile Smith-Rowe spent the second half of last season on loan there, but was limited to just 3 Bundesliga appearances. 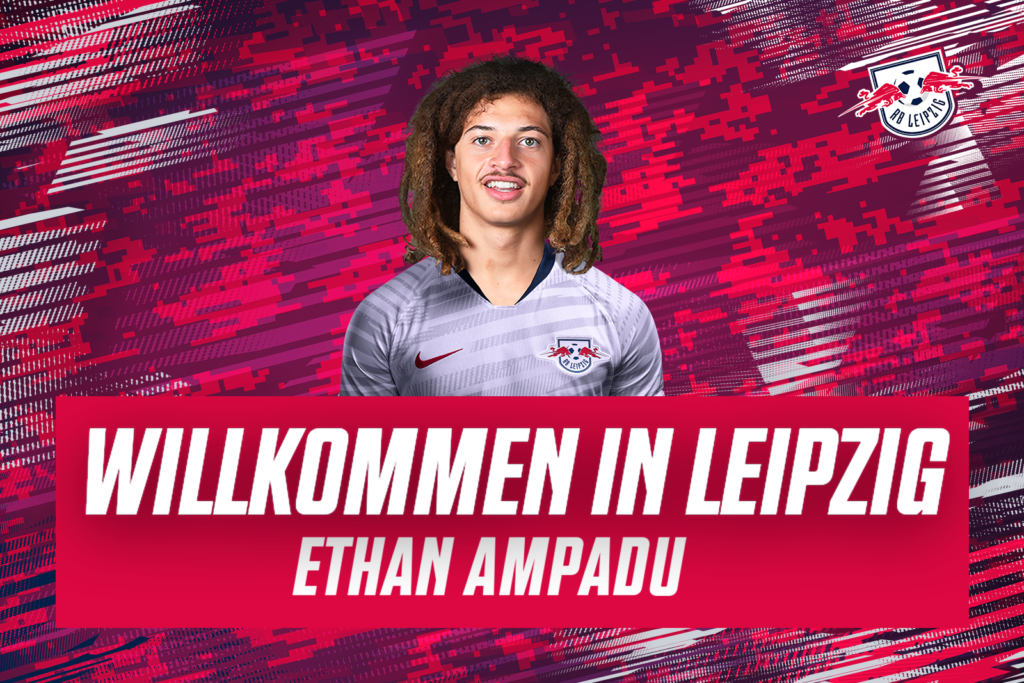 Leipzig Sporting Director Markus Krosche hailed the acquisition of Ampadu given his youth and versatility, "Despite many English offers, Ethan has decided to join us, and we now have another top talent in our ranks that is versatile enough to give our squad even more variation."

Despite handing him off for the season, Chelsea manager Frank Lampard maintains that Ampadu is part of his long-term plans, "I tried to sign Ethan on loan at Derby last year so I’m a big fan, but with the minutes he played last year, in the interest of Ethan and of Chelsea, the idea he can play a lot of games somewhere could be good for him.

"I really wanted to work with Ethan this year. That’s a slight disappointment, but it’s to benefit of him. In midfield and defence we have a lot of quality, so each player is a case by case."

Ampadu told Leipzig's site, "I've been following the club in recent years and saw how fantastic young players have come to develop here and what potential there is in this club. So it's the perfect step for me."