'It was at the dry-cleaners!' Ljungberg says he'll wear what he wants on Arsenal touchline

Arsenal's interim manager Freddie Ljungberg has responded to Paul Scholes' claim that he should be wearing a suit on the touchline during games.

The north London outfit were held to a 2-2 draw at Norwich City at the weekend in the Swedes' first game in charge, a result that stretched Arsenal's run without a win to eight games.

Former Manchester United and England star Scholes criticised Ljungberg's choice of a tracksuit on the touchline, saying a suit number would have earned him more credibility.

"You would think he'd be out in a suit to show a bit of pride that he took the job.

"To me that's a great start - shirt and tie to show some discipline. I don't think he'll be the right man."

However, speaking at a press conference today the former Arsenal midfielder jokingly said he didn't have time to properly prepare his fashion choices.

"We will see if I have one or not, we haven’t had one fitted yet with the club suit but I can’t see that is a discussion, but I will make sure you know what I wear.

Arsenal welcome Brighton and Hove Albion to the Emirates on Thursday night in what will be Ljungberg's first home game in the hot-seat. And the 42-year-old says it will be another proud career moment for him. 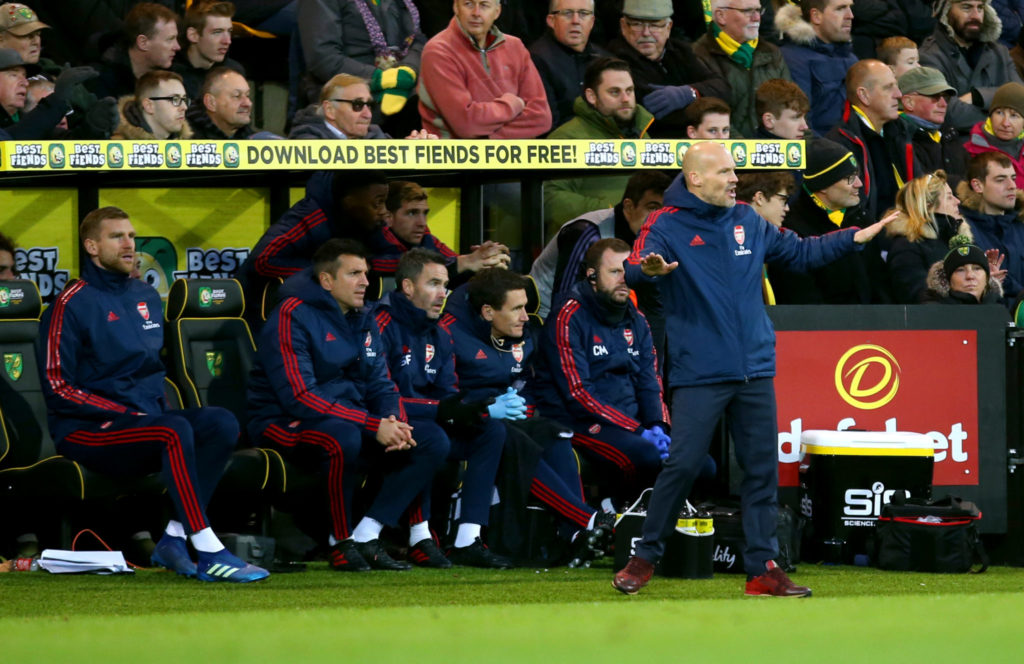 "It has been quite hectic, so I haven’t thought about it that much but of course it will be a proud moment.

A big atmosphere is important for Arsenal's home games, not least given the drab attendance and feeling at the home defeat to Eintracht Frankfurt in the Europa League last week.

"That's important for the players. When it comes to the Emirates, the fans want us to win football games.

"They want us to play good football and I think the only way to try to get a good atmosphere and get them going is to try to achieve that. Whether that's me or someone else as a coach, I don't think that matters so much."

Arsenal haven't won a league game for almost two months, and their caretaker boss was asked if they are feeling extra pressure as a result.

"What I try to focus on is going forward. I've been here, I've done two training sessions now and I don't want to talk about the coaches before.

"I think Unai [Emery] did a great job and was a great leader, and a fantastic coach. That's not for me to judge. I look forward.

"The main thing for me was that when we were at Norwich, we hadn't won an away game since the first game of the season. I felt that the players could react that way and in my opinion, we played well offensively. It was good. But now we go forward."

Arsenal currently sit in eighth in the Premier League table, after picking up nineteen points from their opening fourteen league outings.