Kerry manager Peter Keane has named his side for Saturday evening's Super-8 meeting with Meath in Navan.

His XV shows one change from the team that started their draw with Donegal at Croke Park a fortnight ago.

David Moran returns to the Kerry midfield, with Diarmuid O'Connor the man to miss out.

Given the fact the starting side that lined out against Donegal showed three alterations from the one named earlier in the week, this team should probably be taken with a sizeable pinch of salt.

Kerry sit top of Group 1 of the Super-8s knowing a draw at Páirc Tailteann will be enough to secure an All Ireland Football semi-final. 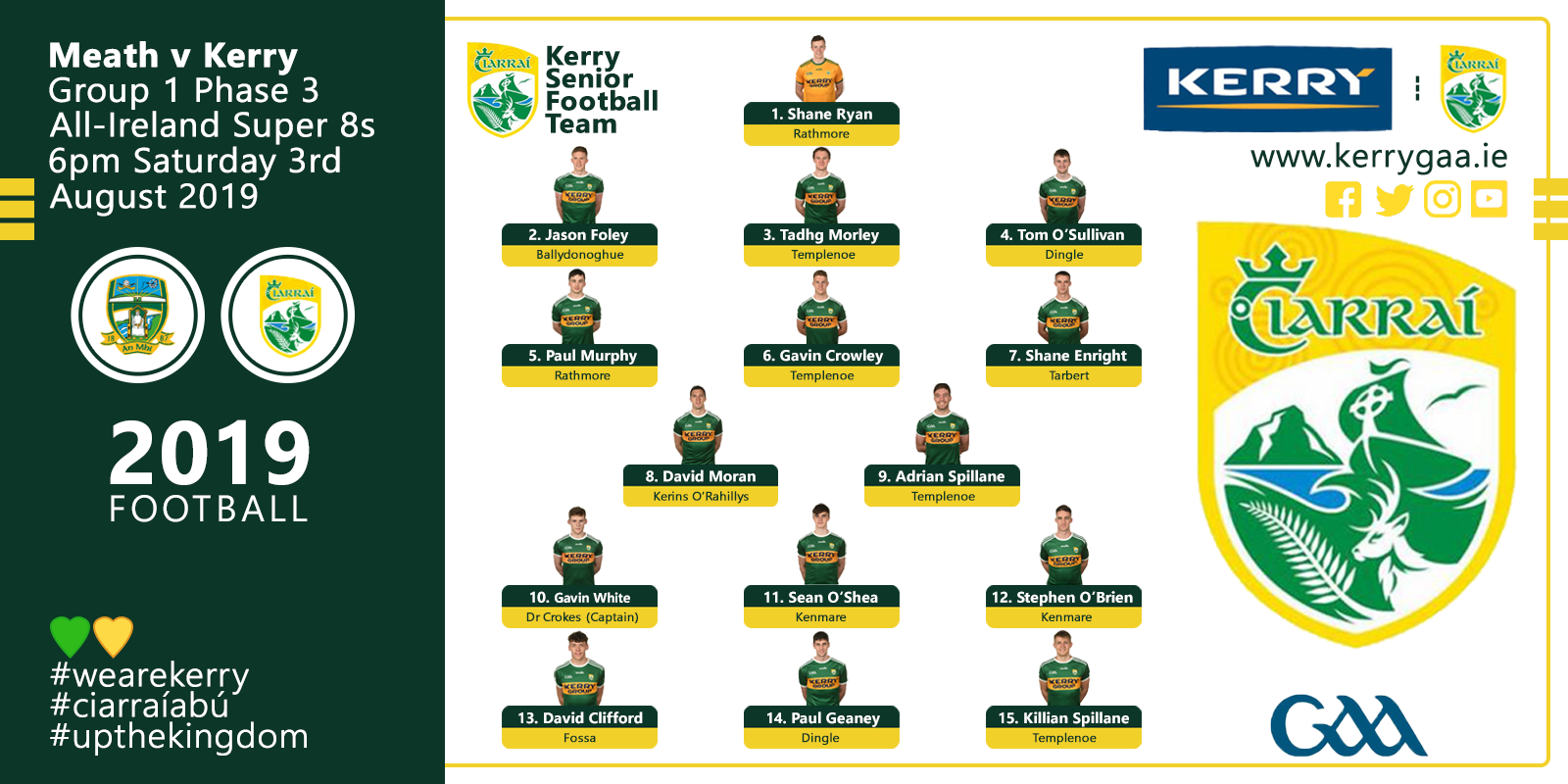