The fate of the 2020 provincial and All-Ireland Club Camogie competitions is set to be decided by the Disputes Resolution Authority.

Last week camogie stakeholders narrowly voted in favour of a 'split-season', with that decision leading to the scrapping of the overhanging 2020 club championships.

The 35 clubs affected clubs have expressed their disappointment and called for the Camogie Association to fulfil the fixtures this summer.

They've come together to propose playing out those championships over a three-week period between June the 7th and 27th, with that idea presented to the Camogie Association's Ard Chomairle this week.

In a statement sent to OTB Sports this afternoon, the clubs claim representatives were refused a meeting with Camogie's Ard Comhairle and the provincial councils yesterday.

They say that action indicates that the decision to cancel the 2020 club championships won't be reversed. Ahead of last week's vote, camogie's governing body had stressed that the 50 games still to be played from last year would have a knock-on effect on other competitions if the split season was adopted.

The clubs group added that they "understand" that the Camogie Association has faced "unprecedented difficulties" in the past year but they feel their "reasonable alternative" plan is not being considered.

The clubs say they've now been left with "no option but to refer the decision to the Disputes Resolutions Authority in an effort to resolve the issue." 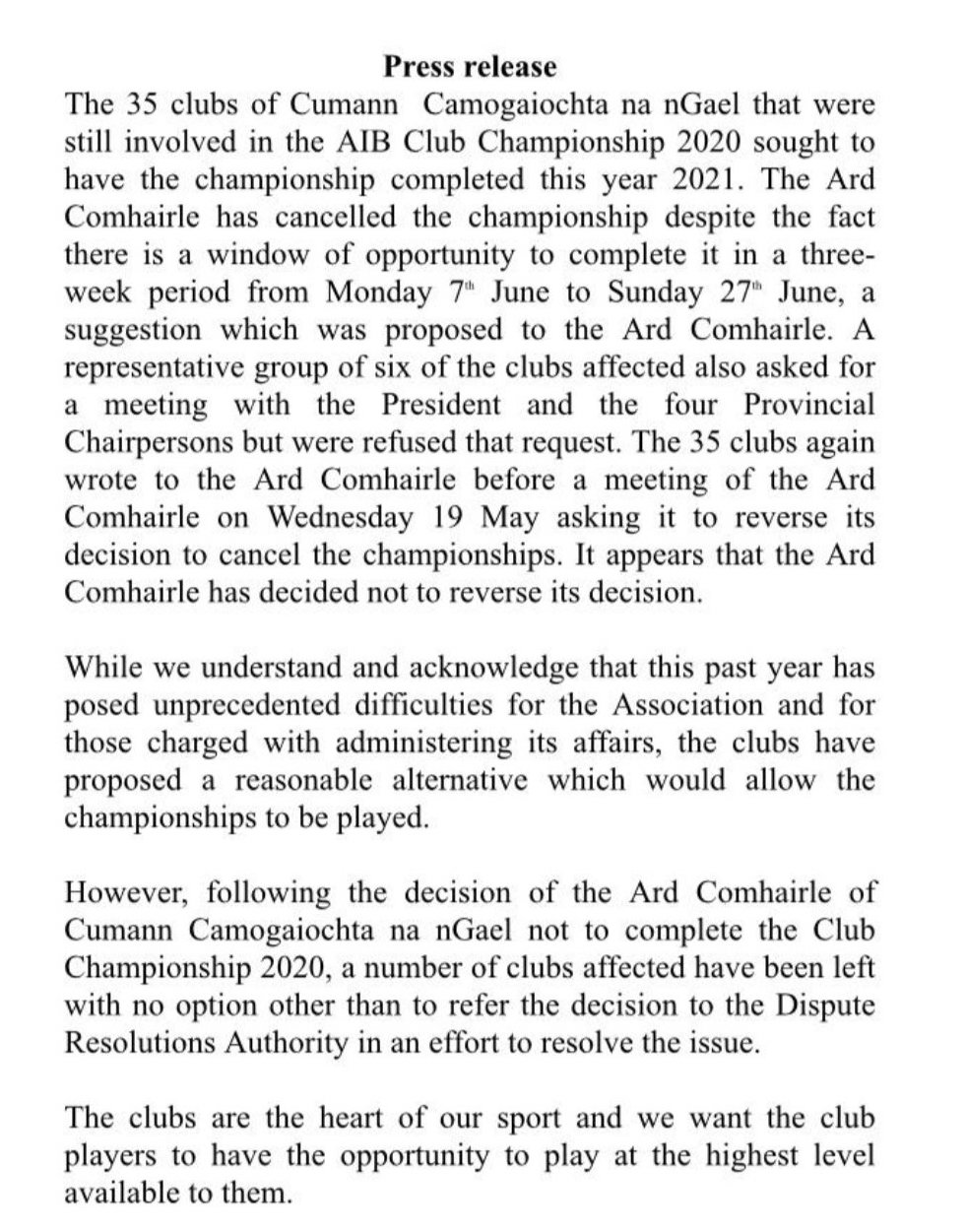