Manchester United's Executive Vice President Ed Woodward has spoken today about the direction of the club after the Old Trafford sides' latest financial report was published.

Wages at the club are down 8.8% to £70.2 million due to reductions in salaries as a result of United's non-participation in the Champions League.

There are predictions that the club will bring in £67million less than last year due to finishing sixth in the league in the Premier League in the 2018/19 campaign.

The gross debt remains unchanged however net debt has increased by £137.3 million over the year as a result of cash being used to buy players.

Overall revenue is slightly up year on year and commercial and sponsorship revenues have both increased by over £8.5million. This comes despite the club's lack of participation in the Champions League.

A £12million profit declared on player sales, mainly Romelu Lukaku's £59million move to Inter Milan in August, meant the club had a £2.5million pre-tax profit in their latest financial quarter. 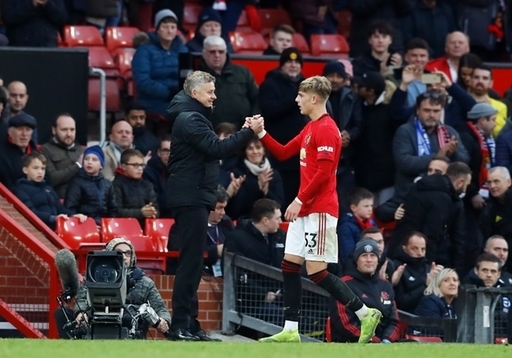 Woodward said today in a message to the fans that the future direction of Manchester United is well-defined.

"We have a clear vision in terms of football philosophy and recruitment.

"The significant investments that we have made in recent years in areas such as transfers, recruitment infrastructure, analytics and our Academy are already beginning to bear fruit."

Woodward also stressed Ole Gunnar Solskjaer's continued use of Academy players in the first-team. Brandon Williams impressed in the recent 3-1 win over Brighton, while Scott McTominay has also excelled with a prolonged run in the side.

Mason Greenwood and Angel Gomes are among the other youngsters that have come through the underage ranks to make their senior bows at the club, and Woodward has stressed the importance of keeping that going.

"We are very proud to be shortly approaching a milestone 4,000th game featuring an Academy player, and we are particularly optimistic regarding the considerable young talent currently coming through.

"Our ultimate goal is to win trophies by playing exciting football with a team that fuses graduates from our academy with world-class acquisitions."