Manchester United will back manager Ole Gunnar Solskjaer in the transfer window with a "long-term" approach, according to the club's executive vice-chairman Ed Woodward.

Woodward issued a statement on United's transfer plans and also distanced the club from the idea of a European Super League.

United's executive vice-chairman told a fans forum meeting that Solskjaer retained the support of the club and also said consistency was needed to go to the next level and win trophies.

United were in pole position to reach the last 16 of the Champions League after four games but they need to avoid defeat away to RB Leipzig next week to advance following Wednesday's 3-1 loss to PSG.

Woodward told a fans forum meeting held on November 20th over Zoom why he was encouraged by what he had been seeing under Solskjaer.

"What happens on the field is clearly our top priority, and while it’s not the same without fans in the stadium, we’ve seen lots of highs since our last meeting in April, with that 14-game unbeaten run to finish third in last season’s Premier League run and great wins against PSG and RB Leipzig on our return to the Champions League this season," said Woodward.

"Of course, we recognise there’s more hard work ahead to achieve the consistency needed to win trophies.

"But we see positive signs on the pitch and the training ground that reinforce our belief in the progress being made by Ole, his coaching team and the players."

Woodward also told supporters that the club would continue to back Solskjaer in the transfer market but suggested it would be in the summer transfer window rather than in January.

United have often been criticised for their transfer strategy and for not getting their business done early like some of their rivals.

United could end up doing business in the new year depending on their league position and they did sign Bruno Fernandes from Sporting Lisbon last January, which transformed things on the pitch.

"I told this forum back in April that we remained committed to strengthening the squad while being disciplined in our spending during the pandemic," said Woodward.

"I believe we’ve delivered on that, with the additions we made during the summer taking our total net spending to over €200m since summer 2019 – more than any other major European club over that period. We will continue to support Ole with a planned, long-term approach to recruitment, focused on the summer windows." 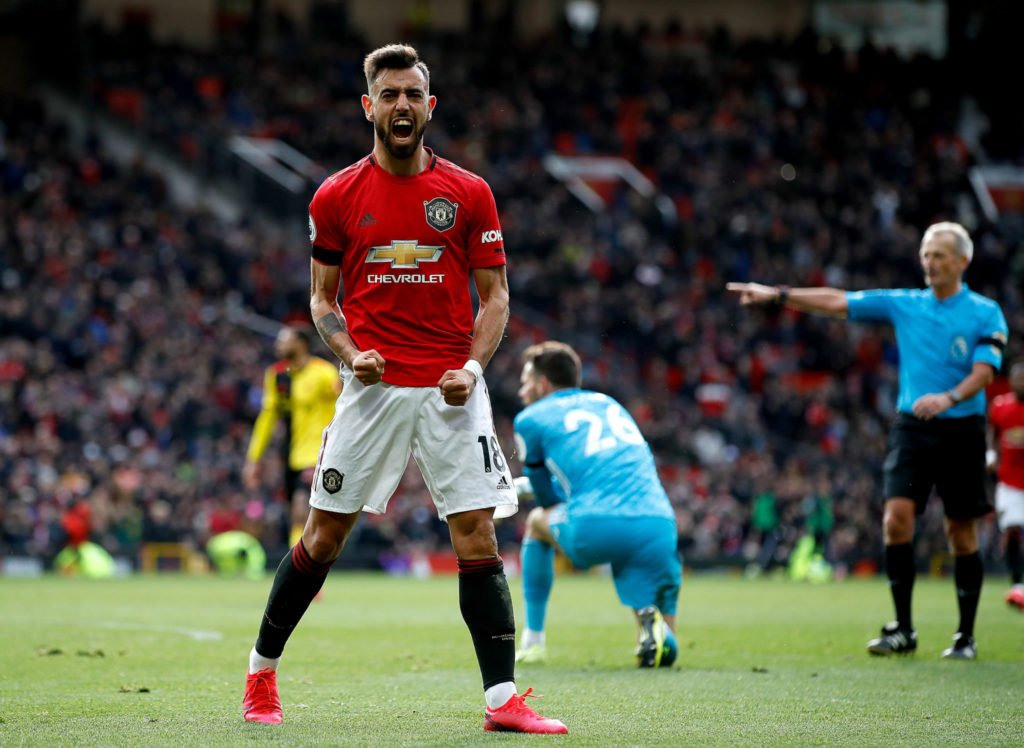 Woodward also addressed the subject of a potential European breakaway league, saying that competition changes after 2024 must be "complementary to thriving domestic leagues".

"Other domestic leagues feel the same way, reflected in conversation with our counterparts in other clubs and countries," he added.

The plans, put together by Liverpool and Manchester United, would have seen teams in the EFL given £250m to share, plus 25% of revenue from future TV deals that the Premier League secures.

They would have also involved scrapping the Carabao Cup and cutting the Premier League to 18 teams.

The Premier League has agreed to a full review of the proposals, which is due to be completed in March.

The plans for 'Project Big Picture' were leaked to the press in October and subsequently Premier League clubs "unanimously agreed" it would not be endorsed or pursued.

However, Woodward points out that those who reacted negatively were doing so to an incomplete document.

"It's important to reflect that this was a work in progress, it was not a behind-closed-doors power grab; only draft proposals and a discussion document.

"The next step would have been to roll them out to all stakeholders in search of consensus."