Aguero | Barcelona's star signing crocked and out for ten weeks

Barcelona's nightmare start to the new season just got worse with the news that star signing Sergio Aguero will be out injured for ten weeks.

The Manchester City legend was snapped up by the Catalan giants after his contract expired but he may have to wait until October before making his first competitive appearance for his new club.

"Test carried out on the first team player Sergio Agüero have confirmed a tendon injury in his right calf. The player will be out of action for around 10 weeks," Barcelona said in a statement.

The Argentine striker signed for the La Liga club on 31 May and after winning the Copa América with Argentina he began training as a Barça player. 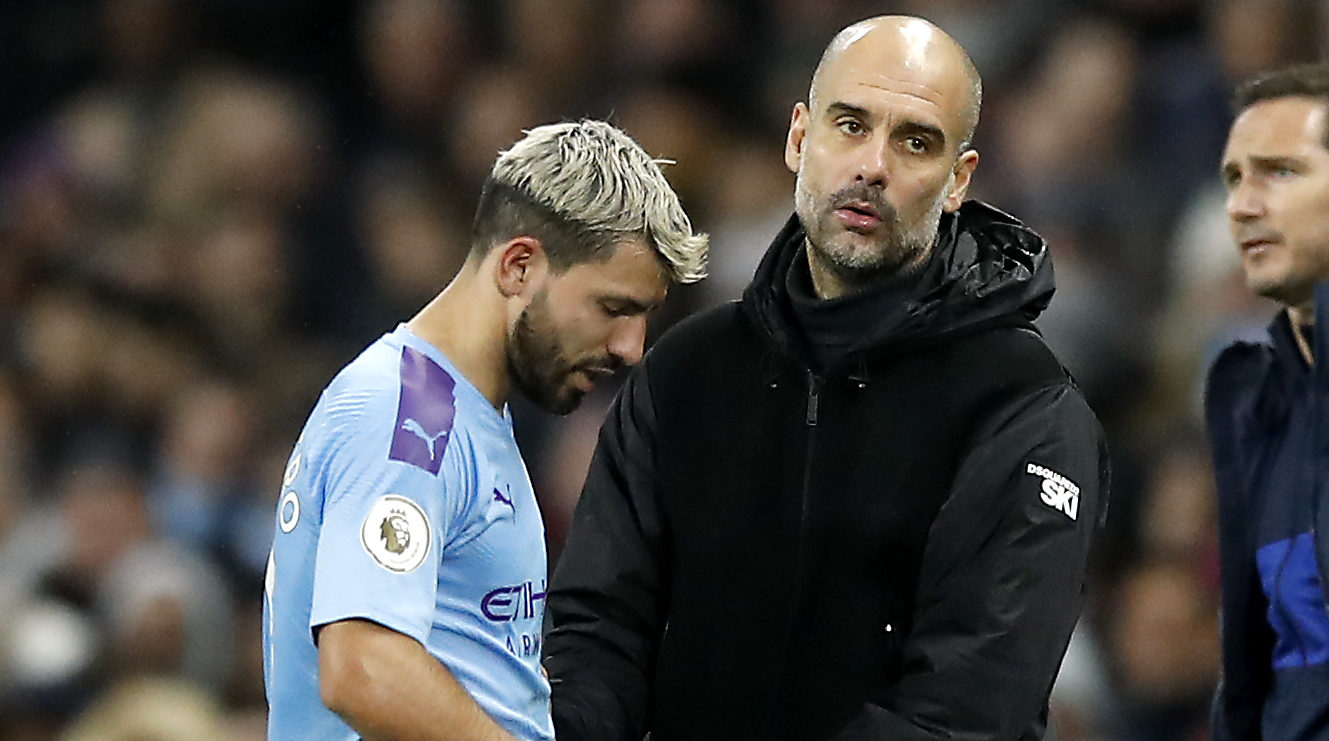 Manchester City's Sergio Aguero (left) appears in pain after being substituted off during the Premier League match at the Etihad Stadium, Manchester.

The news is a major blow for a club in turmoil on and off the pitch, with gross debt - some of it short term - totalling over €1bn and their prized asset Lionel Messi leaving the club for free last week.

It is understood that Aguero - a close friend of Messi - was used as part of the deal to convince the club's legendary no 10 to remain but last week Barcelona had to admit defeat in their battle to hold on to Messi with their finances in such a disastrous state.

Aguero's latest injury issue will also be of huge concern as the knocks really began to rack up in his last couple of seasons at Manchester City.

The 33-year-old, who scored 184 goals in 275 Premier League games over 10 years with City, suffered knee and hamstring issues last season and he was also out for ten matches after contracting coronavirus.