The Taoiseach has said there will be a "conservative approach" to the reopening of society out of level five coronavirus restrictions.

Micheál Martin has previously stated that the current lockdown will be extended until at least the end of February.

A full Cabinet meeting is due to take place on Tuesday to discuss the implementation of further restrictions, as well as the possibility of introducing additional travel constraints.

Mr Martin said the Government would be reviewing the public health measures every four weeks.

He said: "We are looking at a more cautious and conservative approach to reopening because we have a vaccination rollout happening in parallel, which basically means that protection is coming for greater numbers of the population month after month.

"That's important because it reduces mortality and it reduces serious illnesses.

"We will have greater choices to make, greater manoeuvrability, once the vaccination programme rolls out to significant numbers of people, and that will then influence the reopening and phased reopening of society." 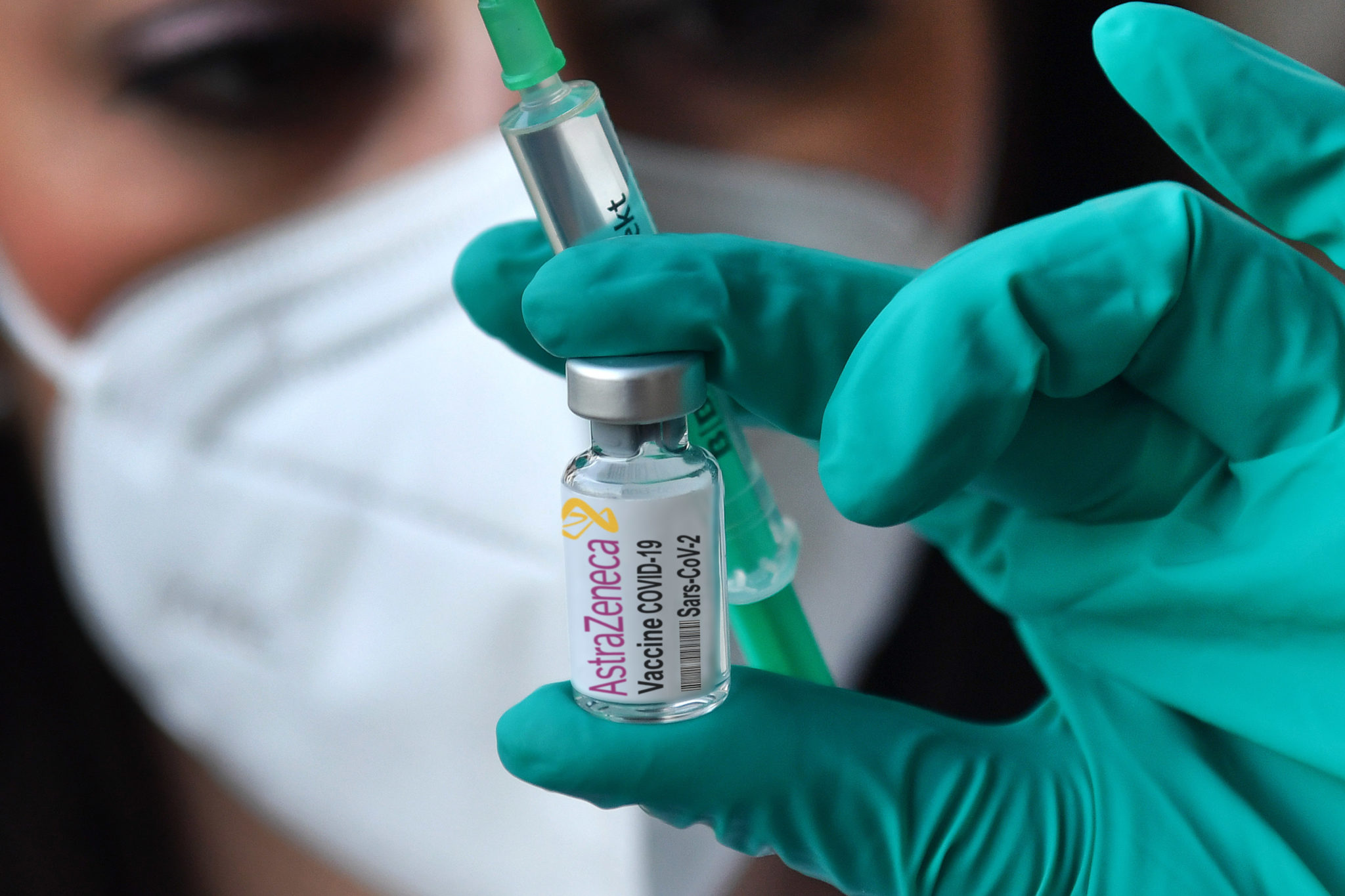 A nurse holds a vial of the Oxford/AstraZeneca vaccine and a needle. Image: Frank Hoermann/SVEN SIMON/DPA/PA Images

The Taoiseach added that AstraZeneca's announcement that it is cutting back on its vaccine deliveries is a "worrying setback".

The company says problems at a manufacturing site mean deliveries to the EU are being scaled back by 60%.

"It is a setback in that the volumes coming in from AstraZeneca, particularly from February onwards, will be very significant on top of the Pfizer/BioNtech vaccine and that would have enabled us to push out to the wider population beyond the nursing homes, beyond the hospitals and beyond the frontline healthcare workers," he said.

"It would have allowed us to push into the over 70s age cohort in a very significant way over the latter part of February and March.

On the issue of schools reopening, the Taoiseach said the Government's priority is getting children with special educational needs back into classrooms.

He said: "The objective in not reopening our schools was not having many people on the move at one time."

The issue will be considered "in greater detail" on Monday but Mr Martin said we are looking at a "phased reopening" of schools over time.

However, he wouldn't give a specific date, saying that it depends on the case numbers, which are coming down.