Revealed: Most Expensive Places To Rent By Luas Stop

People renting close to DART and Luas stations are paying 12% more than the average Dublin rent.

New research from Daft.ie suggests renters living close to the light rail network are paying a premium of €3,336 per year.

The research looked at the average rental prices for three bed semi and two-bedroom apartments within 1km of each rail stop between April 2018 and March 2019.

Commuters living along the coastline pay a particularly high price to live close to a DART station. 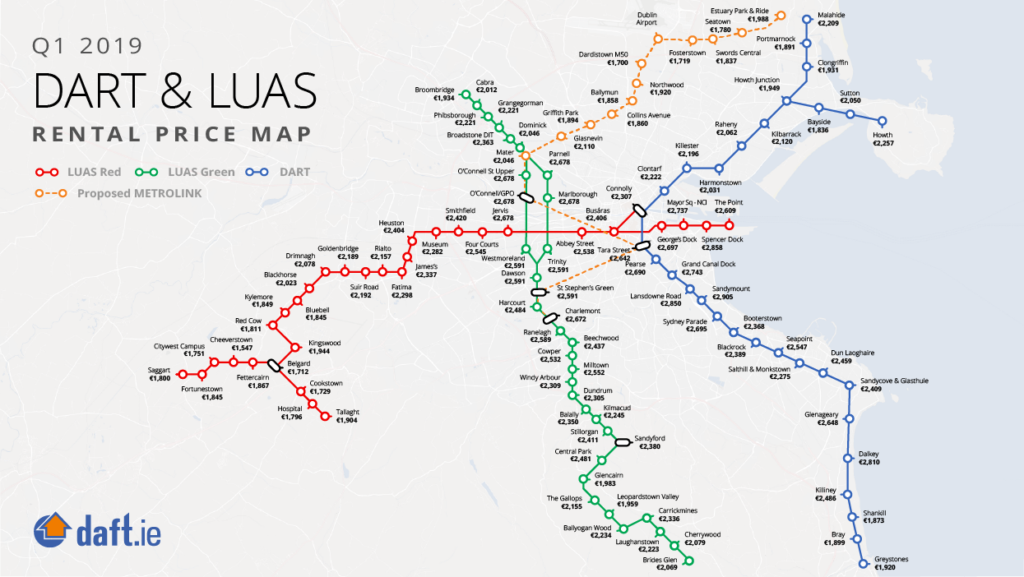 Sandymount is the most expensive station to live by, with rents averaging €2,905.

On the Luas, homes close to Spencer Dock on the Red Line command the highest average rents (€2,858), while those living near O'Connell Street (€2,678) pay most on the Green Line.