Philip Schofield Comes Out As Gay

This Morning presenter Philip Schofield has revealed he is gay.

The television presenter - who has been married to Stephanie Lowe for 27 years - made the announcement this morning and paid tribute to his wife and daughters.

Schofield posted a statement to his Instagram Story thanking his family for their acceptance and support.

"With the strength and support of my wife and my daughters, I have been coming to terms with the fact that I am gay", the 57-year-old wrote. 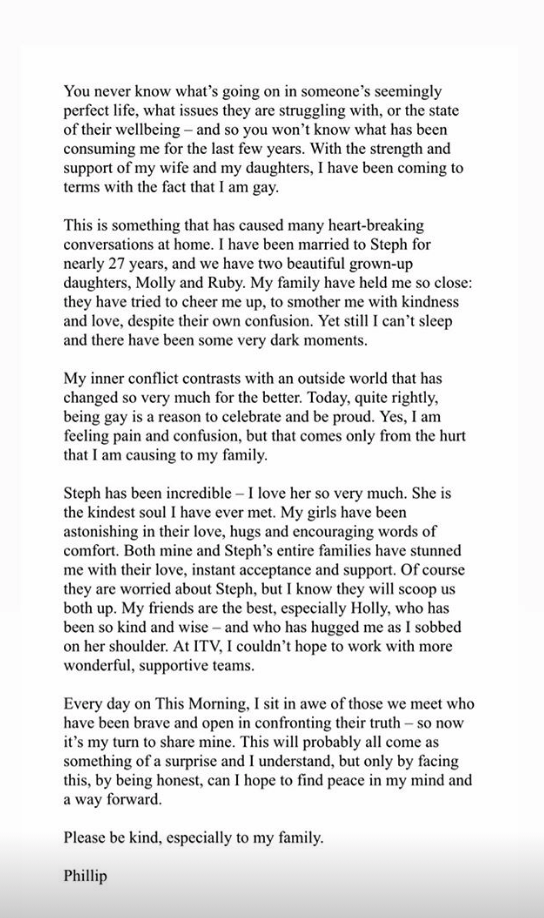 Within minutes of posting the announcement, Philip appeared on This Morning and was interviewed by his co-host Holly Willoughby.

Holly also took to Instagram to show her support, saying she has 'never been so proud' of her friend.

Never been more proud of my friend than I am today. We’ll be together at 10am on This Morning x