Director Victor Kossakovsky confirmed the news at the 2020 Zurich Film Festival on Sunday following a screening of the film Gunda, on which Joaquin served as executive producer. 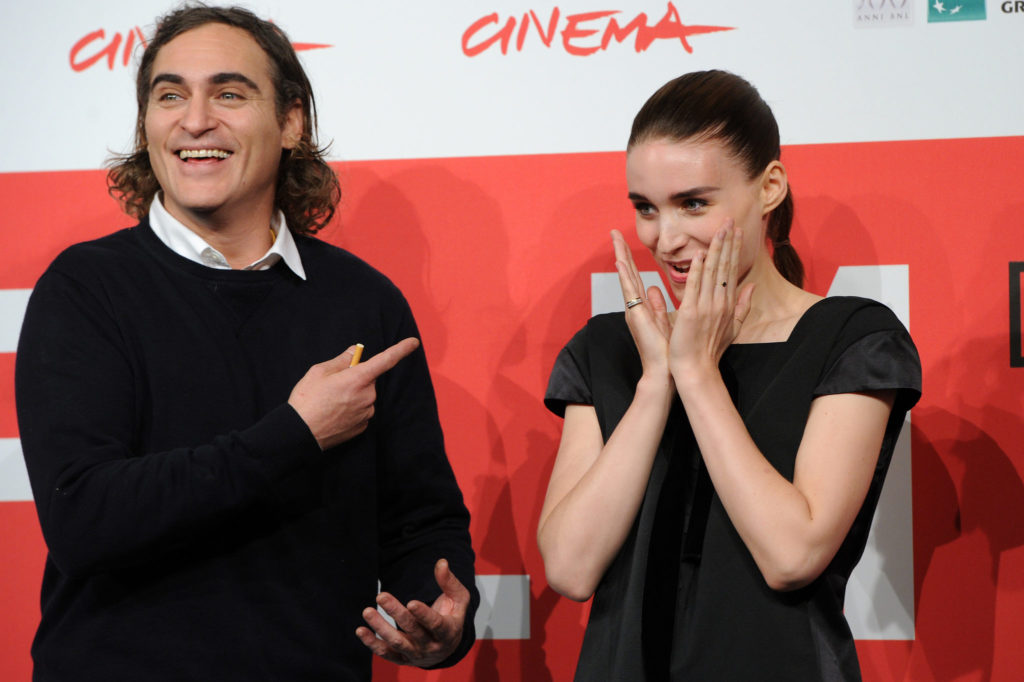 Joaquin Phoenix and actress Rooney Mara attend the 'Her' Photocall during the 8th Rome Film Festival in Rome, Italy.

It's reported that the pair named their son River, after Joaquin's late brother.

According to the director, Joaquin wasn't in attendance to promote the film because he "just got a baby," a "beautiful son called River."

🚨 Viktor Kossakovsky 📽️, Gunda: He just had a baby Boy who's Called River. ( about Joaquin) pic.twitter.com/WuUISnuTsZ

River Phoenix died tragically of a drug overdose in 1993.

Joaquin gave a moving speech about the Stand By Me star while accepting the Oscar for Best Actor earlier this year.

He said: "When he was 17, my brother wrote this lyric, he said, 'Run to the rescue with love, and peace will follow'."

Rooney and Joaquin met when they worked together on the 2013 film Her. They begin dating in 2016 and made their red carpet debut in 2017. They became engaged in May 2019.

They have also starred in Don't Worry, He Won’t Get Far on Foot, Dominion and Mary Magdalene together.