The band were due to play at Páirc Uí Chaoimh in Cork this summer.

Likewise tickets purchased for 29th August this year are valid for 28th August 2021.

In the meantime Kian, Mark, Nicky and Shane are asking people to, 'stay home, stay safe and keeping playing your part in fighting the spread of this virus.'

In the same statement Westlife announced that their upcoming UK dates are cancelled.

Their promoters are currently working with the ticket companies to deliver refunds. 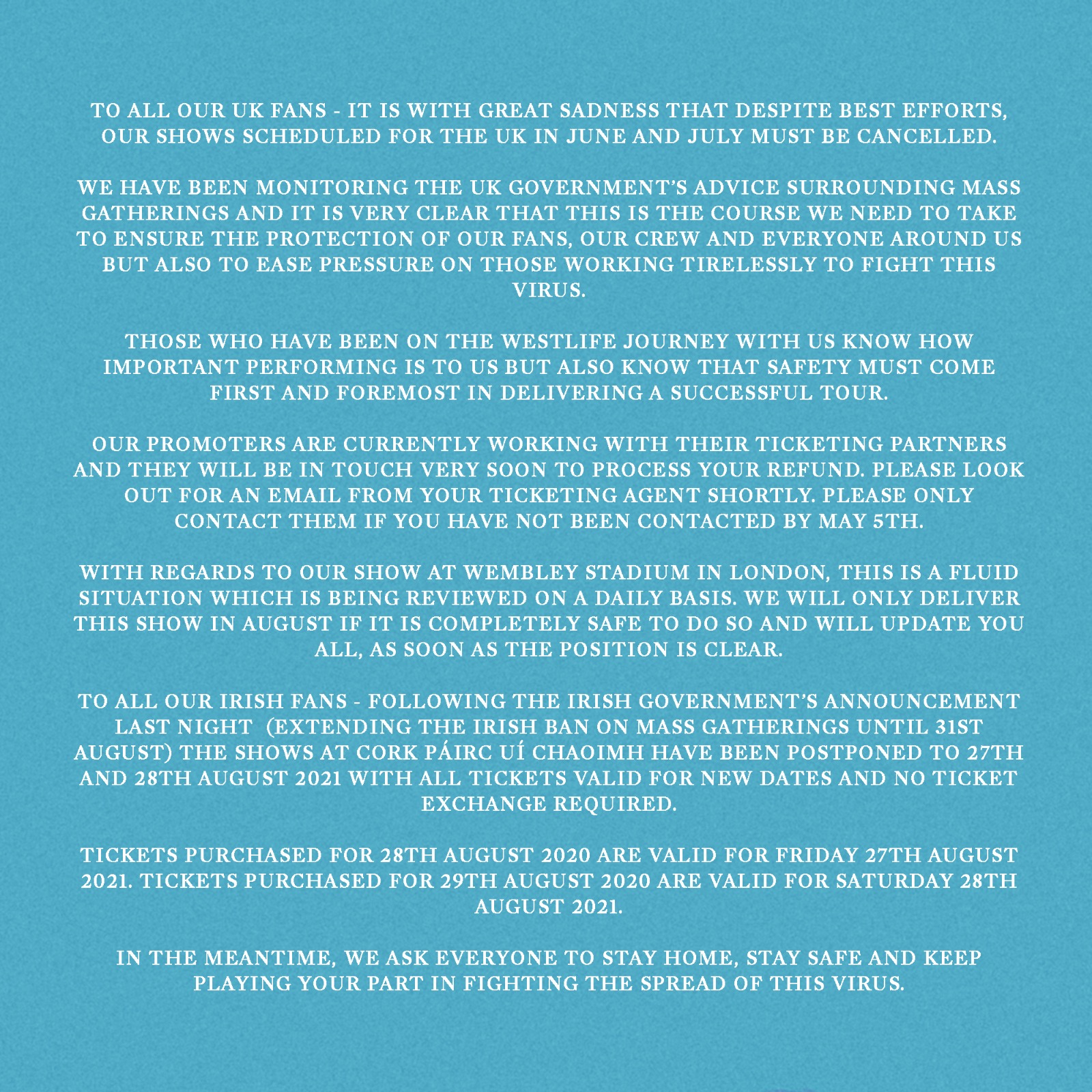 However, the Westlife gig in Wembley Stadium, London may go ahead in August.

The statement reads: 'This is a fluid situation which is being reviewed on a daily basis. We will only deliver this show in August if it is completely safe to do so...'

Alan Carr Coming To The Olympia Theatre In September 2022

Everything You Need To Know If You're Visiting Drive In Santa!

Bill Bailey Coming To The 3Arena In January 2022